Over a dozen protesters waving the pan-African flag organized in front of Yum’s II Chinese restaurant and Da Hong Pao Restaurant and Bar on 14th Street, about four miles from the Chinese embassy, according to the Daily Caller.

It’s unclear why the New Black Panthers decided to protest in front of two random Chinese restaurants when the Chinese embassy is literally four miles away. The two restaurants service Americanized Chinese and Cantonese food and are owned by two brothers, Jerry Chen and Joe Chen, according to the Washingtonian.

Some Asian netizens responded to these boycotts with “I would boycott ‘Made in Africa’ products, but realized you guys don’t make anything.”

Back in early April, the Chinese government evicted thousands of African nationals in the city of Guangzhou because a select few of them would not obey quarantine procedures after being infected with the coronavirus. They in-turn infected over a dozen more African nationals. 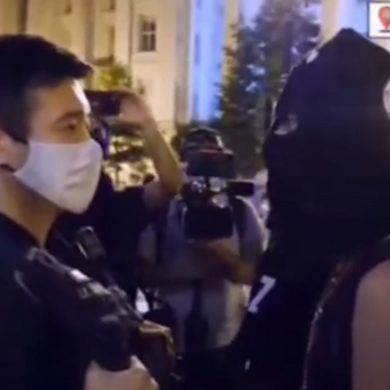