Harmony Tan Defeats Serena Williams in First Round of Wimbledon 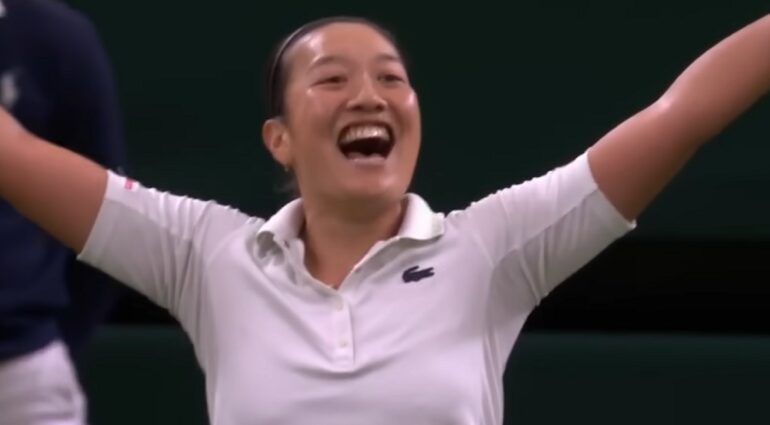 LONDON, UK—Serena Williams returned to the court on Tuesday for the first time since suffering a hamstring injury during the opening round at last year’s Wimbledon. However, after three hours and 11 minutes, Williams lost her opening match to Chinese-Cambodian Harmony Tan.

Tan entered the match ranked 115th. This loss is just the second time Williams has been defeated in the first round of a Grand Slam tournament.

“It was definitely a very long battle and fight,” Williams said during the post-match press conference. “It’s definitely better than last year, that’s a start.”

“When I saw the draw, I was really scared,” said Tan afterward. “Because it’s Serena Williams, she’s a legend. I was like, oh my God. How can I play? If I could win one game, or two games, it’s really good for me.”

Despite struggling early on, Williams actually led 4-2, 40-15 in the first set and it seemed she was going to control the match. However, Tan continued to work Williams with drop shots and slices off both wings, forcing Williams to move forward and bend her knees, according to The Guardian.

The defeat left the future of the 40-year-old and 7x Wimbledon winner in question.

“That’s a question I can’t answer,” ESPN reported the 40-year-old said during her post-match news conference. “Like, I don’t know. I feel like, you know, I don’t know. Who knows? Who knows where I’ll pop up.”