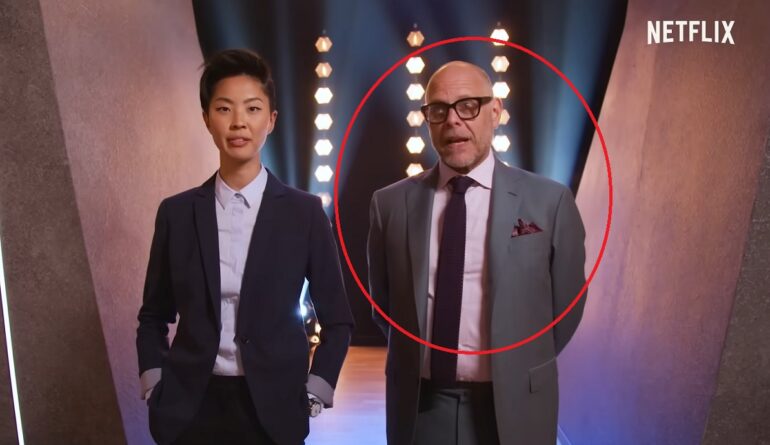 Netflix’s Iron Chef: Quest for an Iron Legend co-host, Alton Brown, dropped some questionable knowledge bombs during the “Battle Tailgate” episode. Brown claimed Korean fried chicken is the best because it was taught to them by African-American soldiers.

The clip has since gone viral and was compounded by “Foundational Black Americans” who claim all Asian achievements and their success is because of “superior African intellect.”

In the episode, Brown and co-host Kristen Kish (who is Korean) were observing challenger chef Esther Choi and iron chef Marcus Samuelsson battle it out in the kitchen.

“Looks like they’re going to fry those stuffed wings,” Brown says in the clip.

Brown immediately interrupted Kish and stated: “And do you know why? Because it was taught to Korean cooks by African-American GIs after the World War.”

Asian fried chicken is the best chicken in world.

You know why, they got the recipe from the #Freedmen!

We are taking back EVERYTHING that was taken from us! pic.twitter.com/GZcEp2CQGS

American soldiers arrived in Korea during the Korean War in 1950, not after a “World War.”

Korean fried chicken existed as far back as the 15th century during the Goryeo Dynasty. The fried chicken was cooked and served with seasoning made from vinegar and soy sauce called Pogye, according to Korea Net.

Someone always has to say “Asians stole their ideas from Black people.”

We get a lot of messages from “Foundational Black Americans” who always claim Asian technology today is “actually stolen Black technology.”

Don’t you find that odd? Knowledge can be stolen and those who lost the knowledge are unable to duplicate their supposed stolen knowledge?

If everything is stolen, why is President Biden giving back-room blowj*bs to Taiwan’s TSMC and South Korea’s Samsung to build semiconductor factories in Arizona and Texas? Shouldn’t African-Americans already have that knowledge to keep that tech in America?

Why did President Obama block Samsung’s attempt to prevent Apple from using 3G in 2013? Doesn’t that knowledge already exist amongst Foundational Black Americans? According to Forbes, Obama vetoed Samsung’s ITC victory over Apple.

If Toyota, the #1 car company in the world, stole technology from African-Americans, why can’t a Foundational Black American-led car company take Toyota on?