Another Sikh Man Attacked and Beaten in Queens 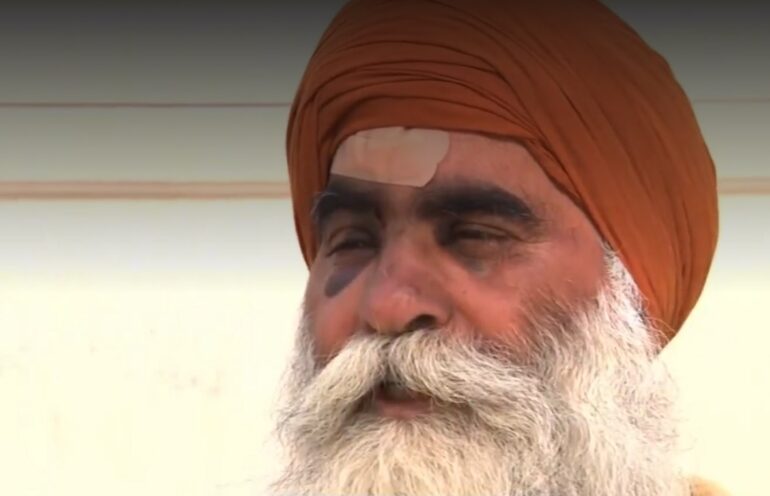 63-year-old Kuldip Singh fought off his attacker. He had bruises and bandages to show he put up a fight. This latest attack only adds to the string of incidents of Sikh residents being attacked by African-American males in the same neighborhood.

The attack happened on Sunday around 10:30 a.m. when Singh was out for a walk. However, seemingly out of nowhere, a man approached him on a bike, showed a gun, and tried to rob him, reports Pix11.

Singh grabbed the suspect’s arm, causing both to fall to the ground. That’s when Singh was pistol-whipped. He suffered bruises and lacerations to the head, a broken nose, and fractures in his right hand. The suspect was unable to get anything from Singh and ran off.

NYPD: A Sikh man, 63, attacked during a walk in Richmond Hills Sunday AM, it was an attempted robbery, a suspect on a bike demanded money then pistol whipped the victim several times causing lacerations to head/forehead before taking off #sikhcrime #queens #nyc @abc7ny pic.twitter.com/dnVJ2eJFlE

“Honestly, I’m happy he fought back instead of just handing over the money. I know it is dangerous, but you have to draw a line somewhere,” stated Harpeet Toor, with the Sikh Cultural Society.

There have been at least three other attacks against members of the Sikh community in South Richmond Hill by African-American male suspects since April of this year.

On April 3, a 70-year-old man was beaten by two African-American male teens in an unprovoked attack near Lefferts Blvd and 95th Avenue, the same location where two other Sikh men were violently attacked on April 12. The two suspects have been arrested in those incidents.