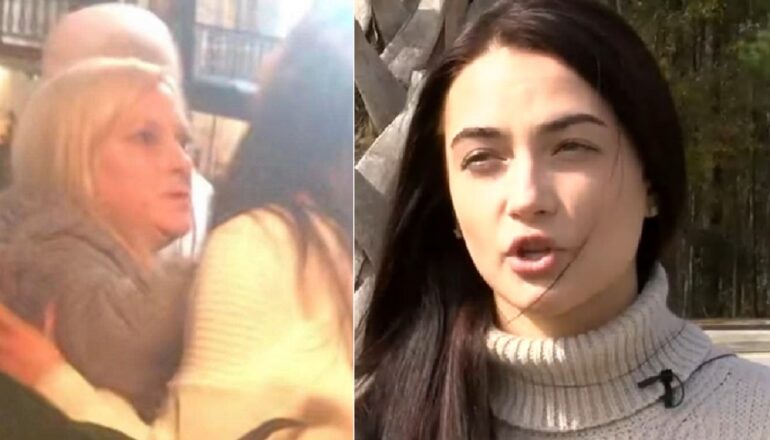 SAVANNAH, Georgia—Kyla Goodwin told WTOC11 she was out dining at Olympia Café Saturday night, January 29, with her family, when she says they overheard people at a table hurling racial slurs at their server, who Goodwin says is of Asian descent.

“We started to kind of take an issue with it because my boyfriend’s children are Chinese, and we overheard them trying to yell at their server saying go get that China girl, go get the China doll, something like that…just being really degrading,” Goodwin explained.

Goodwin says the people at the other table continued hurling degrading language and swearing loudly, eventually causing her boyfriend to ask them to stop, reports WTOC11.

One woman at the other table eventually lashed out at Goodwin physically.

The attacking party eventually left the restaurant and Goodwin filed a police report.

“The Asian community to me is very important. It hit home for me not only because of the racial aspect, but also because being a server. And at the end of the day, service industry workers aren’t treated with enough respect. And honestly there’s no protections for us really at the end of the day when things like this happen.”

It is important to point out that no criminal charges have been filed at this point.

The report is being forwarded to a detective in SPD’s criminal investigation division for further review.