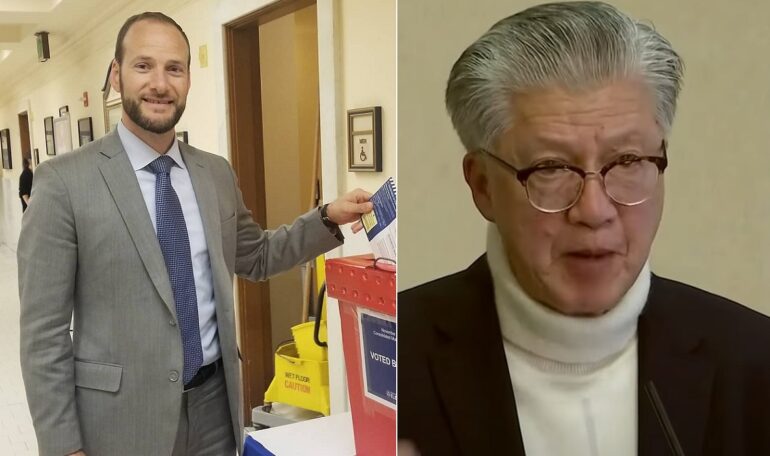 SAN FRANCISCO, California—On November 2, 2019, 69-year-old Anh Lê was savagely attacked by a father-and-son duo. They threatened to kill him and repeatedly beat him with a baseball bat. Lê managed to call 9-1-1 after running away as far as he could.

The whole incident started when a teenage boy almost collided with Lê while riding on his bicycle on a crowded sidewalk. The 69-year-old politely asked the boy to be careful.

Soon after, the teenager took out a baseball from his mother’s bag and hit Lê multiple times. The boy’s father, Jimmy Tanner Sr., started raising his glass bottle and threatened to kill Lê.

Lê begged the Tanners to stop, however, they were visibly getting off on the attack.

“The attack was the most brutal, terrifying, and humiliating experience of my life, and has stayed with me ever since,” he stated.

On the same day, the Tanners allegedly entered S&M Ginseng Inc. and Chinese Herbal Store on Stockton St., just a few blocks from where Lê was attacked. The same teen who struck Lê used his baseball bat to assault other customers as well.

However, the San Francisco District Attorney’s Office refused to prosecute the father or son with hate crime enhancements and agreed to a lenient plea deal with Tanner Sr. He pled guilty to a misdemeanor battery charge for no jail time and only a year of probation—without Lê’s knowledge.

Chesa Boudin’s office failed to notify Lê of plea deal discussions and also allegedly failed to provide him a chance to enter a victim impact statement during the proceedings, according to the San Francisco Chronicle.

Chesa Boudin’s office also allegedly refused to correct a Criminal Protective Order (CPO), which intentionally omitted his last name; identifying him as “Ahn L,” as well as misstating his age. Lê spent months trying to correct the errors and was intentionally ignored, even after he obtained counsel.

Now, Lê is represented by King & Spalding LLP—a member of the Alliance for Asian American Justice. They are suing the District Attorney’s Office under the Fourteenth Amendment. Lê is accusing the office of discriminatory actions, which created a situation so that Lê could not receive adequate due process protections.

Lê now suffers from severe PTSD (post-traumatic stress order). He spent a total of 52 weeks in psychiatric therapy after the savage attack.