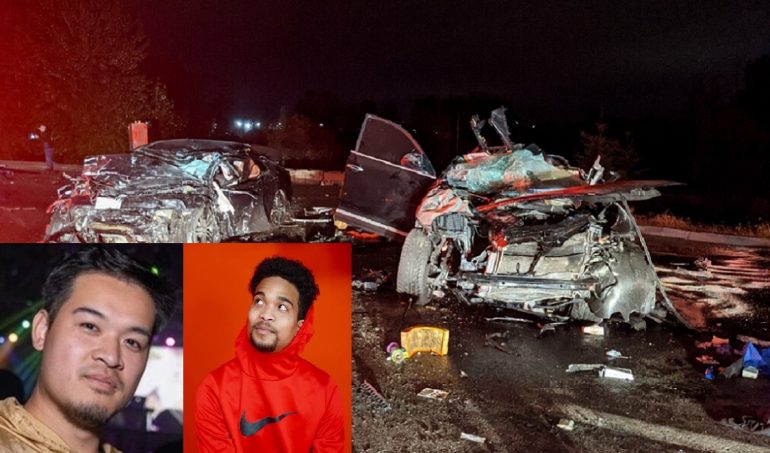 AUBURN, Washington—Two innocent victims were killed in a head-on crash over the weekend. According to Auburn police, a murder suspect was trying to flee the scene after murdering his own brother Saturday morning.

KIRO7 reports the 25-year-old suspect shot and killed his 28-year-old brother at Les Gove Park in Auburn, then sped away in a Porsche Cayenne at high speed. The suspect then crossed the center lane at 15th Avenue Northwest near State Route 167 and crashed head-on into a Honda Accord.

27-year-old Bobby Sisouvong and his good friend 26-year-old James Davis were in the Honda Accord. Both died at the scene from blunt force trauma.

“They went to get some Korean fried chicken in Federal Way,” Mackenzie Shepherd stated to KIRO7. Shepherd was a friend of both men. They were minutes away from Davis’ home when the crash happened around 12:20 a.m.

Auburn police stated they were unaware of the shooting until a witness dropped off the shooting victim at Auburn MultiCare where he was later pronounced dead.

The suspect is still in critical condition at Harborview Medical Center. A 23-year-old female passenger was also in the Porsche Cayenne at the time of the crash. She is expected to survive.

Friends describe Sisouvong as a foodie and comic-con geek.

“He was one of those few very rare ones. He was just such a good guy, big heart,” stated Sebastian Housh. “He always gave 100% to everybody, and that’s a piece I really loved about him,” added James Masters, another friend.

Friends described Davis as energetic, outgoing, and someone who could tell stories.

“He had this contagious laughter that anybody would start laughing. He found himself the funniest person alive,” one friend stated.

GoFundMe page for Bobby Sisouvong can be found HERE

GoFundMe page for James Davis can be found HERE