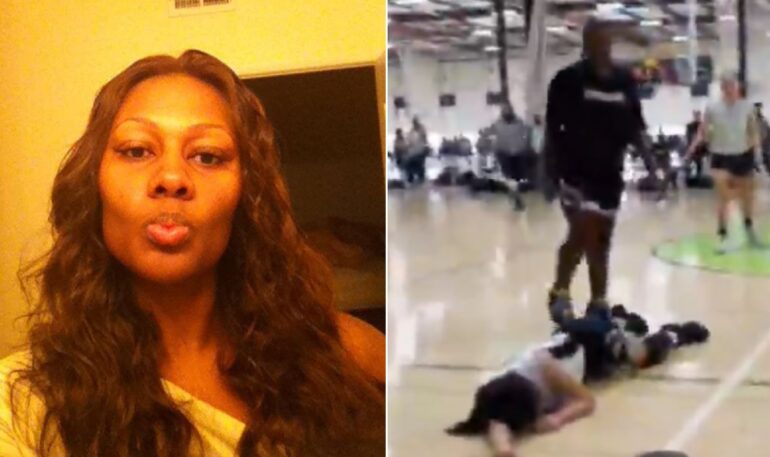 GARDEN GROVE, California—Latira Shonty Hunt of La Puente, 44, has been charged with multiple counts after allegedly instructing her daughter to hit a fellow basketball player during a game in Garden Grove on November 7.

Hunt is also facing one count of contributing to the delinquency of a minor and one count of battery, both misdemeanors, according to the Orange County District Attorney’s Office.

The victim’s name is Lauryn Ham. Her mother was not at the game but realized something was off when her daughter returned home disorientated. Turned out Lauryn suffered a concussion.

“It is unconscionable that a parent would encourage her child to engage in violence during a sporting event,” District Attorney Todd Spitzer said in a statement. “Youth sports are invaluable in teaching our children discipline, teamwork, and sportsmanship. But a win at all costs mentality that is completely devoid of fair play, respect, and civility is disgusting.”

Hunt faces a maximum sentence of one year in jail if convicted on all counts, according to ABC7.

Former NBA star and father of the assailant, Corey Benjamin, later apologized to the victim and said he was “shocked and disappointed at my daughter’s behavior.”

Benjamin, a SoCal native, played on the Chicago Bulls from 1998 to 2001 and had a short stint with the Atlanta Hawks. He also played on international teams in Europe and Asia, reports ABC7.

“This is not how I raised my daughter,” a statement from Benjamin said.