Three Asians Spent a Day in America’s ‘Most Racist Town’ 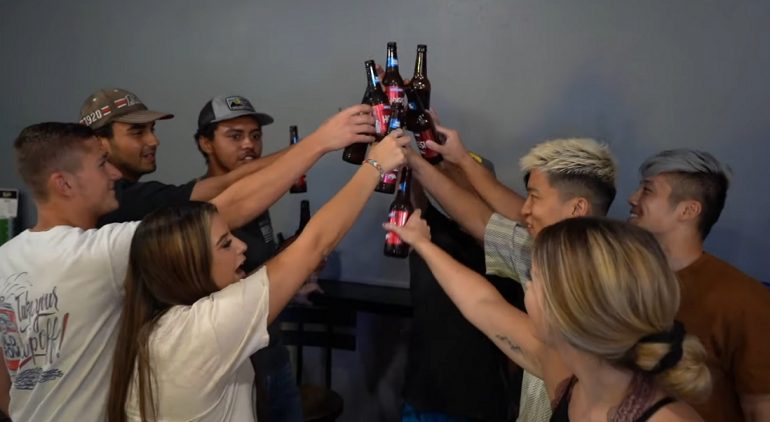 HARRISON, Arkansas—Labeled “The Most Racist Town in America,” Harrison, Arkansas made headlines back in July 2020, when a Los Angeles-based film producer stood outside a Walmart with a Black Lives Matter sign. Within minutes, the producer was on the receiving end of hate-filled remarks.

Harrison, Arkansas is also the headquarters for the Ku Klux Klan. More than 95 percent of the town’s 13,000 residents are Caucasian and heavily supported President Donald Trump, however, does that mean the town is “racist”?

A West Texas town called Abilene, where 80 percent of the population voted for President Trump, elected an African-American mayor, Anthony Williams back in 2017. The liberal media responded by essentially labeling Williams a “bootlicker.”

Earlier this month, Sheldon Ho, Mike Wu, and Edward Leung—known as CantoMando on YouTube—decided to visit Harrison and experience first-hand how racist the supposed town is.

What they discovered was shocking to some but not surprising to most.

Aside from some rude glares by a handful of senior citizens, the town was incredibly friendly. One woman in a Wal-Mart parking lot told the trio, “My granddaughter is 26 and she wants to bring home a Chinaman, she loves Chinaman,” while hugging one of the Asian men.

The trio then drove to a local Chinese restaurant called Dragon King (the only Chinese restaurant in town) and decided to get a bite to eat. During their meal, they interviewed a waitress and asked her if the rumors were true about the town.

The waitress replied, “I’ve been here for many years, nothing has ever happened. I haven’t experienced anything. At least HERE nothing has happened, maybe big cities have racism happen but not really in this small town.”

She couldn’t have been more accurate.

The trio continued their tour around Harrison and found the town to be incredibly friendly and hospitable. Many townsmen acknowledged there is some racism, especially from the older generation but as a whole—the town was friendly.

The clip is a little over 12 minutes long and ends with the trio having a beer and partying with the locals. Many more interviews in-between not mentioned in this article, which reinforces the argument the town is not racist. It’s definitely worth your time.