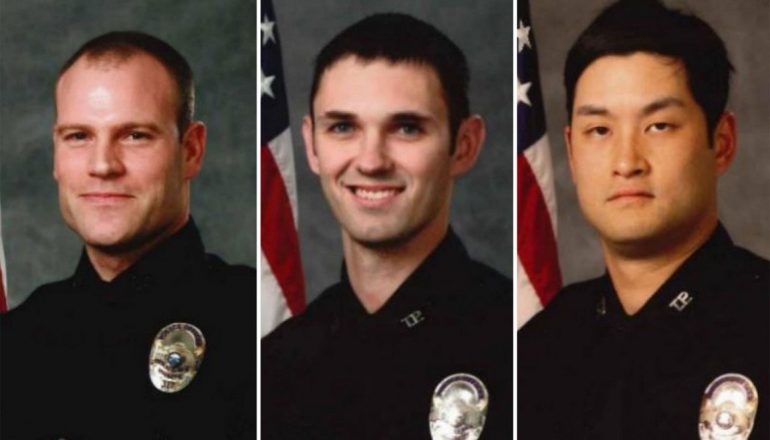 TACOMA, Washington—Three police officers are facing criminal charges for the killing of Manuel Ellis, an African-American man who died after repeatedly saying “I can’t breathe” as he was being restrained last year, according to the New York Post.

According to a probable cause statement filed in Pierce County Superior Court, witnesses reported seeing Burbank and Collins randomly attacking Ellis on the night of March 3, 2020.

Rankine is accused of putting pressure on Ellis’ back as he was telling Rankine he couldn’t breathe.

The three police officers allegedly tasered 33-year-old Ellis, who was a father of two, handcuffed and hogtied him, and covered his face with a spit hood, reports the New York Post.

Upon an investigation by the county medical examiner, Ellis’ death was ruled a homicide, due to lack of oxygen from being restrained, with an enlarged heart, and meth intoxication as contributing factors.

Three witnesses stated they never saw Ellis strike the officers or fight back in any way.

Burbank and Collins stated they spotted Ellis trying to get into occupied cars at a red light and claimed he punched their cruiser’s window and attacked them as they got out.

The officers—who are on paid administrative leave since June—could face up to life in prison if convicted. The standard sentencing range is 10 to 18 years for second-degree murder with no prior criminal history, and 6.5 to 8.5 years for manslaughter, according to the New York Post.