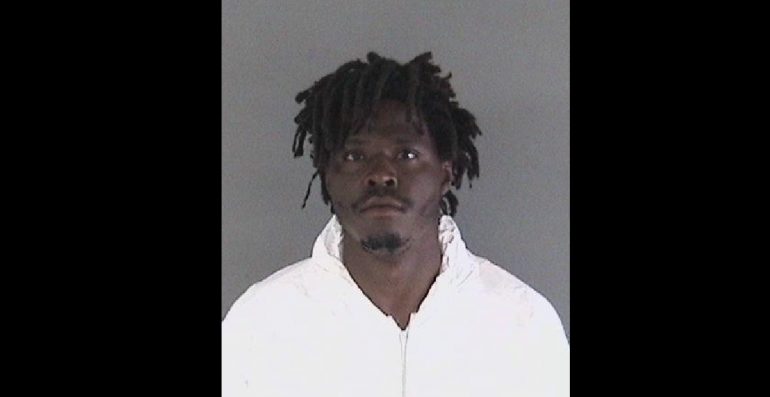 FREMONT, California—Alexander Lomax, the 28-year-old homeless man who viciously beat and raped a 67-year-old Asian woman in broad daylight in the front yard of residence has been linked to two other sexual assaults.

On Thursday, May 13, Police officers arrived at a residence near Grimmer Blvd and Blacow Road after receiving 911 calls from multiple witnesses. Upon arrival, officers saw the 28-year-old completely nude and raping a 67-year-old Asian woman.

Officers immediately detained Lomax and the woman was transported to a trauma center with major, non-life-threatening injuries including significant facial injuries and multiple broken bones throughout her body, according to ABC7.

Upon an initial investigation, detectives discovered Lomax assaulted a 57-year-old woman in the area of Auto Mall Parkway and Fremont Blvd. The victim was walking in the area when Lomax punched her in the back of the head and pushed her to the ground.

A witness intervened and Lomax fled the scene. According to police, the victim in that particular attack positively identified Lomax as her attacker.

Further investigation found Lomax was also connected to a third sexual assault on May 5. A 75-year-old woman was shopping at Safeway at the Hub. According to ABC7, the victim has also positively identified Lomax as her attacker.

Fremont police are hoping more victims recognize Lomax’s mugshot and come forward if they have been attacked by him.

This case is eerily similar to other multiple sexual assaults involving African-American males and elder Asian women in Northern California. Back on April 26, 2017, 86-year-old Fusako Matsumoto Petrus tried stopping 18-year-old Neven Glen Butler from raping her friend and was beaten to death.

Back in January 2012, 38-year-old Jonathan Jackson was arrested after DNA evidence linked him to the beating death of 81-year-old Sun Yi Kwon. Apparently, Jackson masturbated and ejaculated on Kwon’s nude and lifeless body after beating her to death.

Fremont Police Chief Kimberly Petersen issued a statement on Friday: “I am deeply disturbed by the three sexual assault incidents that have recently occurred in our community. My heart is full of sadness for the victims. On behalf of the entire Fremont community, you are all in our thoughts and while we know your recovery will be long, we will continue to be by your side,” stated Fremont Mayor Lily Mei. “This act of violence is unacceptable, and we must stand together united with zero tolerance for sexual harassment and violence in our community. I implore our District Attorney to prioritize this case and see that the suspect is held accountable for these atrocious crimes. I would like to thank the community members who took immediate action to call 911, as well as our first responders from police and fire for their expedited and caring response. Now more than ever I call on our community to take the action to be upstanders and not bystanders.”

Chief Petersen continued to say, “As a police chief and as a woman, I am completely horrified by this crime. My thoughts are with the victims during this incredibly difficult time. I can assure the public that this case is the Department’s highest priority and we are working diligently with the District Attorney to keep this offender in custody. I have also dedicated the necessary resources to investigate whether we have more victims in our community, and we will ensure that all will be provided with victim support services.”

Lomax is currently being held at Santa Rita Jail and facing multiple charges related to the rape of the 67-year-old Asian woman.