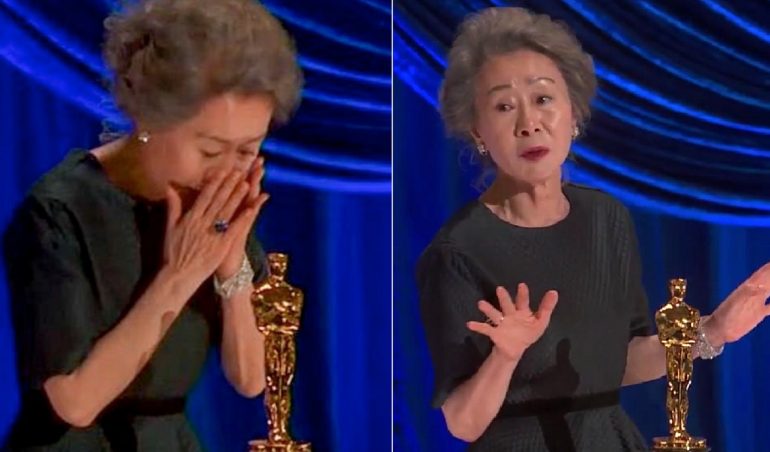 HOLLYWOOD, California—Nomadland earned Best Picture at the 93rd Academy Awards on Sunday night in Los Angeles. Chloe Zhao and Frances McDormand accepted the award, which for the first time, was awarded before Best Actor and Actress.

The drama, directed by Zhao, is about a woman in her sixties who loses everything in the Great Recession and embarks on a journey through the American West while living in a van like a modern-day nomad.

Nomadland beat out: The Father, Judas and the Black Messiah, Mank, Minari, Promising Young Woman, Sound of Metal, and The Trial of the Chicago 7.

Young Yu-jung became the first-ever Korean to win an acting award as she earned Best Actress in a Supporting Role for her role in Minari. The movie is about a Korean family starting a farm in Arkansas during the 1980s and also stars the Walking Dead’s Steven Yeun.

Yuh-jung now joins other Asian Oscar winners. Miyoshi Umeki was the first Asian woman to ever win an Oscar for “Sayonara” in 1958. Yul Brynner, who is of Mongolian and Russian descent won Best Actor for 1956’s the King and I. Ben Kingsley (real name: Krishna Bhanji) earned Best Actor for 1983’s Gandhi. The late Haing S. Ngor won Best Supporting Actor for The Killings Fields in 1984.

He was one of the most legendary directors in cinema history. Kurosawa was close friends with director John Ford, studied by Francis Ford Coppola, Martin Scorsese, Steven Spielberg, and George Lucas in film school, won an honorary Oscar in 1990. His films were remade into Western classics from Seven Samurai (Magnificent Seven) to Yojimbo (A Fist Full of Dollars), and was one of the key inspirations for Star Wars.