The success of Asian-Americans in America and Asians as a whole in the world is because of “Black ingenuity.” Black people as a whole with their technological might help build Asia to what it is today and now it’s time to pay up. Samsung is actually African, so is Toyota, so is TSMC, and Buddha too….

Afrocentrism is a scholarly movement that seeks to conduct research and education on global history subjects, from the perspective of historical African peoples and polities. It takes a critical stance on Eurocentric assumptions and myths about world history, in order to pursue methodological studies of the latter, according to Wikipedia.

Business Insider recommends that all white and non-Black people [Asians] should cover health care, transportation, and education costs for black people. Cosign mortgages or even go ahead and pay for rent/mortgage and/or buy land for black people, or simply move into black neighborhoods and just help them pay down their personal debt.

Business Insider also suggests “white and non-Black people use their power to uplift and center Black and Indigenous people by sharing their skills, access to resources, and their platforms.”

Asians are apparently white adjacent and need to understand they’re privileged. “Asians try to be like white people. White people stole Intel from a Black man, Asians stole TSMC from a Black man, murdered him, and now everyone thinks it’s Chinese. It’s not. It’s Black.”

“African-Americans built America and therefore, Asian-Americans need to start paying up and stop complaining about being attacked. They’re being attacked because they’re not paying up. They don’t get it, guess their ‘superior intelligence’ is overrated,” stated Supreme Black Panther.

The best piece of advice, “Be intentional and consistent in your commitment to reparations, and create a real plan that will allow you to give your time, money, or access to help support Black lives,” according to Business Insider. 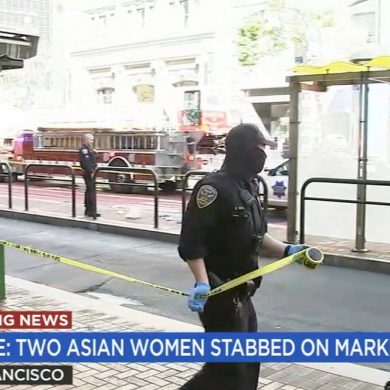