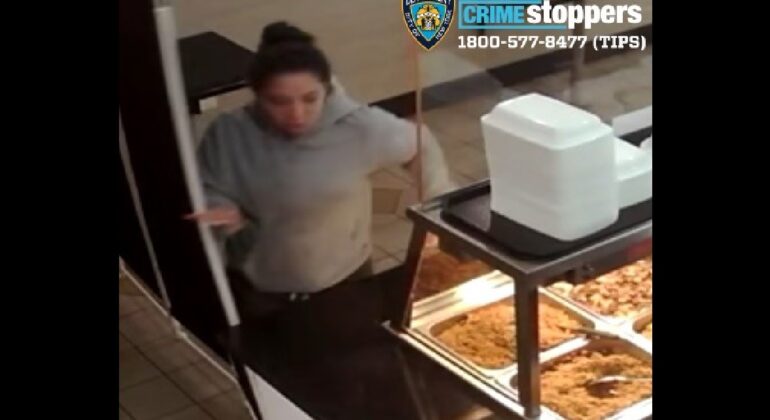 ALLERTON, Bronx—Authorities are searching for a young woman who punched a worker at a Chinese restaurant in the Bronx.

Police say the woman seen in CCTV footage got into an argument with the employee about the food service, reports ABC7 New York.

The female suspect then went behind the counter and punched the worker repeatedly in the head before taking off.

The assault happened at the China Mia restaurant on White Plains Road in Allerton on March 7, according to ABC7.

Authorities are asking for the public’s help tracking down the suspect.

Call the NYPD’s Crime Stoppers Hotline at 1-800-577-TIPS (8477) or for Spanish, 1-888-57-PISTA (74782). You can also submit tips by visiting the CrimeStoppers website at crimestoppers.nypdonline.org or by messaging on Twitter @NYPDTips.