Once Leaders, Intel in Talks with TSMC & Samsung for Chip Production 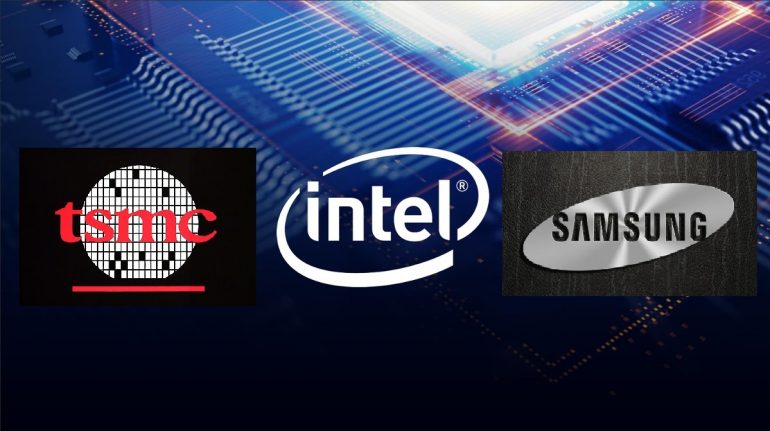 Once the world’s best-known chipmaker and industry leader in advanced manufacturing, Intel has fallen behind in recent years. They are currently at least seven years behind Taiwan’s TSMC. Bloomberg recently titled an article, “Intel’s ‘Stunning Failure’ Heralds End of Era for U.S. Chip Sector,” and depressingly explained Intel’s fall from grace.

Intel is Silicon Valley’s leader in diversity. They actively and forcibly interjected their workforce with 4% African-American employees by 2018, above the industry average, according to the Silicon Valley Business Journal.

These steps were heralded by many Americans because “diversity is strength.” Homogenous TSMC and Samsung proved that theory wrong once again.

After multiple delays in development and chip fabrication processes, Santa Clara-based Intel is now in talks with TSMC and Samsung to outsource their untested and failed manufacturing designs to the new industry leaders. However, Intel’s key components wouldn’t come to market until 2023 at the earliest and would be based on TSMC’s designs and manufacturing techniques, should the deal be signed, according to Bloomberg.

Samsung is currently in second place, but the South Korean giant won’t stay there for long. Samsung is nearly finished developing its new 3-nanometer chip. To give you an example of how small 3-nanometer is, a strand of DNA is 2.5 nanometers.

The only American company capable of holding their own against Taiwan’s TSMC and South Korea’s Samsung is AMD (Advanced Micro Devices) led by Lisa Su who is also the niece of NVIDIA’s CEO Jen-Hsun Huang. Various breakthroughs from competitors, including Apple’s Asian-led engineering team, has forced Intel into an outsourcing strategy.

“We have another great lineup of products in 2022, and I’m increasingly confident in the leadership our 2023 products will deliver on either Intel 7-nanometer or external foundry processes, or a combination of both,” Bob Swan, spokesman for Intel said on a conference call in October, reported Bloomberg.

Man Pleads Guilty to Murder of His Mother for Her $11M

However, as Intel finally produces a capable 7-nanometer chip in 2023, TSMC and Samsung are already in the beginning stages of manufacturing 3-nanometer chips; two generations ahead of Intel.

Intel is currently manufacturing 10-nanometer chips, which is only reaching mainstream now after a series of delays during development. Their current 7-nanometer chip, which still hasn’t even begun production suffered another three-year delay. These massive setbacks allowed TSMC and Samsung to surpass Intel technologically and spear-headed their rise to become the new industry leaders in both designs and manufacturing.