SACRAMENTO, California—On Wednesday, November 18, a jury deliberated just 2 ½ hours before convicting 60-year-old serial rapist Roy Waller for a series of terrifying rapes from 1991 through 2006, according to NBC News.

Waller was found guilty of all 46 counts, including rape, sodomy, and kidnapping, related to the assaults of nine—mainly Asian—women in six counties across Northern California.

“Twenty-nine years of waiting and waiting, amazing, amazing, great day, great day,” said Nicole Earnest-Payte, who was assaulted in Rohnert Park and is known to be Waller’s very first victim. “A lot of work went into solving this case, couldn’t be more grateful to everyone involved.”

“We’re just thankful that DNA was there and the victims were able to receive justice, no matter how long it took,” Sacramento County Deputy DA Keith Hill stated.

Investigators identified Waller through a public genealogy website GEDMatch, which was also used to bring the “Golden State Killer” Joseph DeAngelo to justice.

Waller’s modus operandi was to learn the victim’s name, study their daily routines, and then break into the women’s homes late at night and tie them up. Waller mainly targeted Asian women, according to NBC News.

“It was heartbreaking, tear-dropping what them young ladies had to go through,” Juror No. 7 said.

“It’s just terrible the way he prowled on them young ladies. They didn’t speak good English. They come to America figuring they’re going to make a better life and then all of this has to happen to them.”

DNA evidence was nearly present at almost all of Waller’s crime scenes, making jury deliberation fast, according to Juror No. 7.

Waller had been an employee at the University of California, Berkeley, where he worked as a safety specialist in the Environment, Health and Safety Department, according to NBC News.

Theresa Lane was one of Waller’s first victims. She fought her attacker and slashed his forehead during the assault. The scar matches the one on Waller’s forehead. Lane said it was gratifying to stare down Waller as he sat, hearing all 46 guilty verdicts and watching his facial expression.

His sentencing is set for December 18. 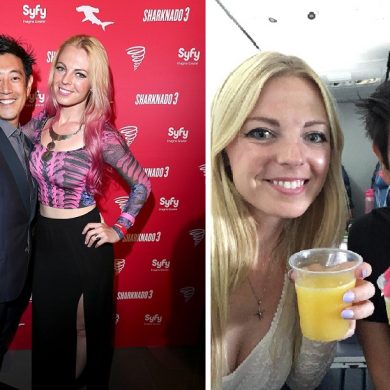