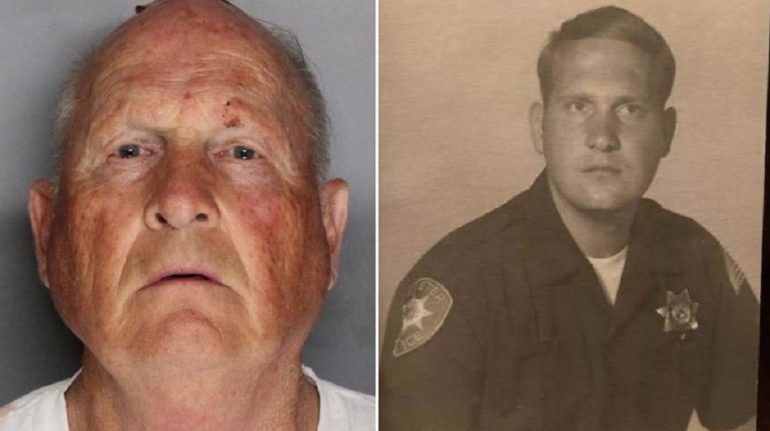 Authorities on Wednesday identified Joseph James DeAngelo, 72, of Citrus Heights, as the man suspected of being the "Golden State Killer" and "East Area Rapist."

74-year-old former police officer Joseph James DeAngelo, aka “Golden State Killer” will die in prison after pleading guilty in June to 13 murders and 13 rape-related charges stemming from crimes in the 1970s and 1980s after taking a plea deal that would spare him the death penalty.

“You victimized me, but I am not a victim,” stated Joanne Miyao as she confronted DeAngelo back in June. DeAngelo often approached women wearing a mask and was always armed with a gun.

One victim managed to catch a glimpse of DeAngelo through her blindfold and described him as a white male between 37 to 40 years old and weighing about 200 to 250 pounds with a protruding gut at the time.

Prosecutors say DeAngelo’s victims number around 87 at 53 separate crime scenes spanning 11 California counties throughout the years. The Golden State Killer/NorCal Rapist’s apprehension is the latest innovation in crime-fighting. DeAngelo’s capture was the first documented case of police using DNA tracing through a publicly accessible genealogy website, according to KGMI.

Police linked 40-year-old DNA evidence from past crime scenes to distant relatives on the genealogy website and later compared samples they surreptitiously collected from discarded tissue in DeAngelo’s garbage can in suburban Sacramento.

The same technique has already solved 93 murders and rapes across the nation.

According to court documents, DeAngelo started off as a Peeping Tom lurking around women’s bedrooms. He then became a two-bit burglar, breaking into women’s bedrooms and stealing their underwear and other feminine products as souvenirs.

Eventually, DeAngelo escalated into raping single women, then humiliating couples. His modus operandi (MO)  was forcing his victims at gunpoint to bind themselves with shoelaces, then balance plates on the man’s back with a warning he’d kill both victims if he heard the plates rattle while he raped the woman.

He eventually killed three victims in Northern California when they tried to interfere with his assaults. DeAngelo’s escalation intensified when he moved down to Southern California and murdered another 10 people.