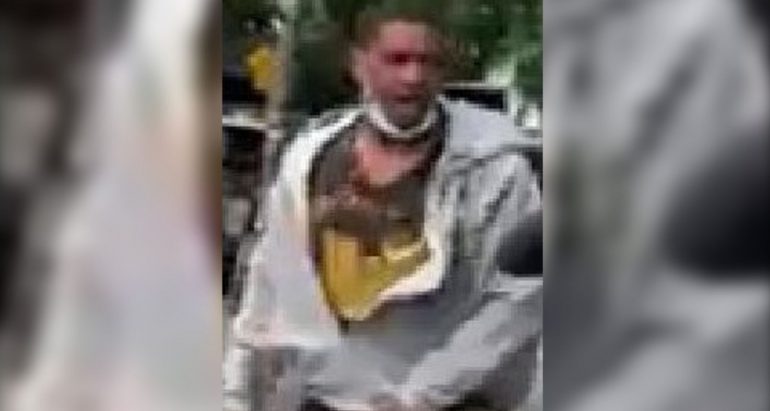 A complete stranger walked up to an Asian man minding his own business and spewed anti-Asian slurs at him in Chelsea, New York City. The man then proceeded to punch and choke the Asian man, according to the New York Post.

The 40-year-old victim was getting out of his parked car at the corner of West 16th Street and Seventh Avenue around 1:15 pm Sunday, October 4, when the man approached him from behind and made the racist comments, according to the NYPD.

The suspect then unleashed a fury of punches and pummeled the 40-year-old Asian man multiple times in the face and then choked him out of pure hatred.

According to the New York Post, the assailant ran off and the victim refused medical attention at the scene.

Authorities released a surveillance photo of the suspect late Thursday, describing him as between 20 and 30 years old, between 5’8 and 5’11, weighing about 180 to 200 pounds with short black hair.

Chinese Heading Back to China Because They Feel Safer There

The assailant was last seen wearing a grey hooded sweater over a brown shirt with a red and yellow image on it, oversize khakis, black sneakers and a light-colored face mask under his chin.