Japan recently ended their coronavirus emergency back in late May with only 851 deaths out of 13,612 infected and no lockdown, according to Newsweek. This is mainly due to Japan’s homogeneous population trusting one another and cooperating. Strict hygiene guidelines were set forth by the Japanese government with the entire population wearing face masks and obeying governmental suggestions.

Okinawan and Japanese officials are furious over the lack of responsibility and foresight by American military forces on the island of Okinawa where over 50,000 U.S. troops are stationed. Over the 4th of the July weekend, hundreds if not thousands of American servicemen held parties both on and off base. These parties are now blamed for the over 100 American servicemen now infected with Covid-19.

Adding to the 4th of July parties, the Americans completely trashed the local parks and drove the local Okinawans insane with the amount of trash left behind.

Okinawa Governor Denny Tamaki expressed his anger over the incident, saying he was “shocked” by the number of people infected in the latest outbreak and expressed “concern that a second wave has hit.”

He continued to state “I can’t help but feel serious doubts about U.S. measures against infections,” he stated to reporters. All military personnel movements have been restricted and service members and their families have been banned from eating in restaurants or entering local businesses. Basically, all Americans are barred from leaving their bases until further notice.

A very similar case what the Chinese did to African nationals in Guangzhou a few months ago, except no one is calling the Japanese “racist” in this particular incident.

American personnel also caused a scene in South Korea during the 4th of July weekend. From harassing local women, starting fights, and shooting firecrackers at innocent civilians. Like the majority of American personnel in Okinawa, Korean news outlets stated a majority of the Americans starting “trouble” were African-American. 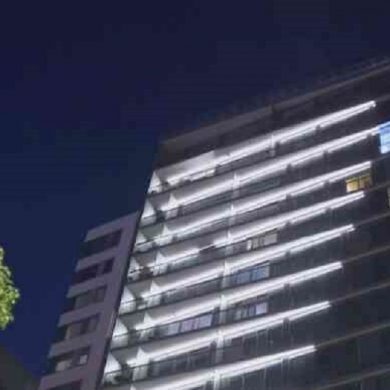 Intruder Stabbed to Death in Koreatown