Korean Father & Daughter Spit on By Neighbor in Canada 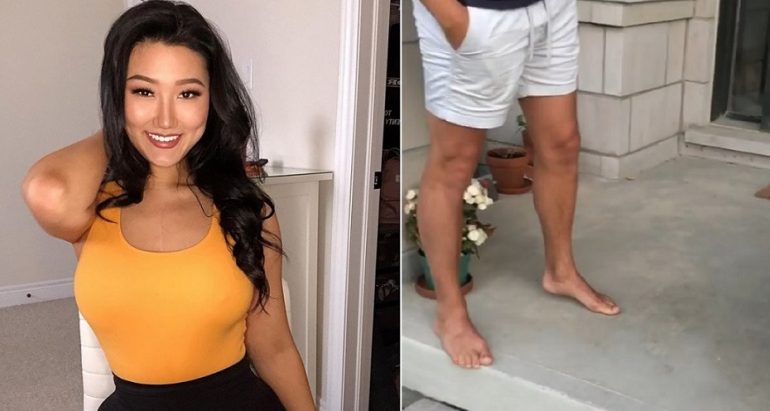 This incident happened to Sarah, a resident of Vaughan, Ontario, Canada. These are her words as only her words can best describe what happened to her. Sarah inconspicuously filmed the conversation with the neighbor’s relatives.

“I had an altercation with my neighbor. He’s an older gentleman, and I was parked in my driveway waiting for a text from my brother. I live in a townhouse so my car was parked off the end but’s a closed road. He [neighbor] was walking behind my car and used his fist to hit my trunk.

I opened my door with an ‘excuse me?’ He said ‘what? I like your car. Don’t complain.’ I responded by saying ‘okay please don’t hit my car though’ and he said ‘okay fuck off’ and he walked away from me.

Everyone else had their garbage out, so obviously we were targeted. Keep in mind, I live in Vaughan (Ontario, Canada). I felt that since we were neighbours, I should go over and try to clear the air. We live beside each other, there’s no need for hostility. I asked my dad to come with me because I didn’t feel safe going alone. The gentleman didn’t open the front door, his daughter-in-law did.

I’m so fu*king traumatized. No one has ever spoken to me like that before, let alone SPAT on me. I’m pressing charges and will be going tomorrow to get checked for covid.

They came and rang our doorbell 3x (the gentleman didn’t come) and I don’t know if they wanted to apologize or if they wanted to say more racial slurs and talk about me ‘respecting my elders.’ You fu*king disrespected my elder. Sh*t is earned not given.”