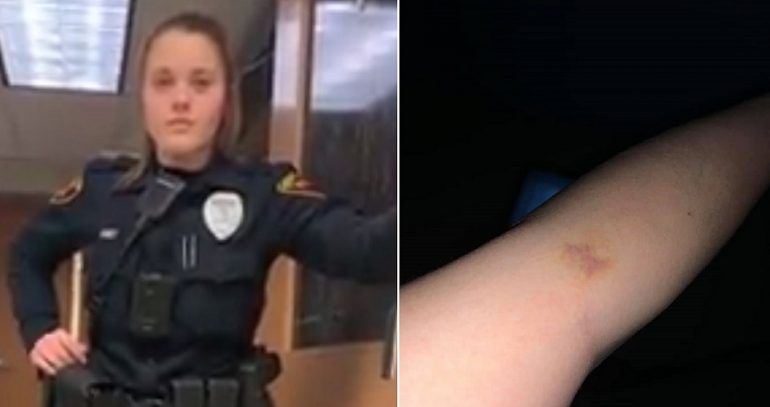 This incident happened on February 3rd going into February 4th, 2020 at Saint Nicholas Hospital in Sheboygan, Wisconsin. An Asian woman named KB Lorr checked herself into the hospital for blood clot complications that might affect her pregnancy. She was put in a room and told to wait.

Lorr initially waited for 30 minutes to an hour and no one came. She used the call button and asked the nurse for a doctor because she felt her body going limp. The nurse told Lorr she’d try to call the doctor once more. So, Lorr waited another 30 minutes and no one came. A receptionist soon entered her room and asked Lorr to sign a consent for treatment letter. The receptionist noticed Lorr was turning white and the bottom of half of her body was shaking.

The receptionist rang the bell for the nurse. However, Lorr indicated to the receptionist “I feel like she’s irritated already, so I’ll wait.” The receptionist responded “If she [nurse] has anything to say, you can tell her I rang it. She can come talk to me.”

The nurse made her way into Lorr’s room as the receptionist walked out. The nurse then said “Didn’t I tell you, you chink. The doctors will be here shortly and I can’t and won’t give you any medications for your pain because you’re pregnant and you’re a chink.”

Lorr responded “If you’re going to call me that you need to leave the room. Because I’m not going to take the disrespect. So, I would appreciate it if you left.”

The nurse then indicted to Lorr she didn’t have the right as a patient to tell her to leave. The nurse then walked to Lorr’s left side and grabbed her arm. She then began pinching Lorr’s arm really hard. Lorr screamed for the nurse to stop. The nurse told Lorr that she wouldn’t stop unless Lorr did something about it.

Lorr then kicked the nurse’s hands with her right foot. The nurse smiled and said “Okay, now I have a reason to go grab security.” The nurse immediately left the room and brought a security guard with her. It should be noted, Lorr stated the security guard saw Lorr tell the nurse to get out of the room. He believed Lorr and told the nurse to leave the room instead. She left and called the police.

Lorr then began filming the encounter.

Before the police entered the room, they could be heard discussing what they wanted to do and say. By the time the female police officer walked into the room, she already made up her mind. Basically, the female police officer, identified as Officer Chelsea Hundt of the Sheboygan Police Department allegedly told Lorr the nurse had all the rights and she can basically say whatever she wants because of her position, racial slurs included. It didn’t matter if the nurse grabbed Lorr’s arm and began pinching it. Officer Hundt then allegedly told Lorr if she accepts the nurse’s accounts of the story, Lorr wouldn’t have to go to jail. Lorr refused.

Elder Asian Woman Robbed While Moving Out of Oakland

Lorr reported the incident on deaf ears. The authorities refused to believe Lorr’s side of the story. The police did take pictures of her bruises and took her statement. Basically the authorities want her to plead guilty for assaulting the nurse. Even though Lorr has physical bruises to show and the nurse doesn’t; her entire story wasn’t taken seriously.

KB Lorr is taking legal action. She started a GoFundMe account, which can be found here