A suspected Chinese intelligence operative developed extensive ties with politicians, including a US congressman, and formed a political network for China’s main civilian spy agency between 2011 and 2015, according to Axios after a yearlong investigation.

This alleged operation shows a rare window into how Beijing has tried to gain access to and influence US political circles. The Chinese Communist Party favors Democrat politicians gaining power in the United States after walking over President Obama during his administration.

Chinese national named Fang Fang or Christine Fang, initially targeted up-and-coming politicians in the Bay Area and eventually across the country who had the potential to make it big on the national stage, Axios reported.

Among the most significant targets of Fang’s efforts was Rep. Eric Swalwell (D-Calif.), according to Axios.

A statement from Swalwell’s office provided to Axios said: “Rep. Swalwell, long ago, provided information about this person — whom he met more than eight years ago, and whom he hasn’t seen in nearly six years — to the FBI. To protect information that might be classified, he will not participate in your story.”

What happened: Amid a widening counterintelligence probe, federal investigators became so alarmed by Fang’s behavior and activities that around 2015 they alerted Swalwell to their concerns — giving him what is known as a defensive briefing.

Between the lines: The case demonstrates China’s strategy of cultivating relationships that may take years or even decades to bear fruit. The Chinese Communist Party knows that today’s mayors and city council members are tomorrow’s governors and members of Congress.

The FBI declined to comment. The Chinese Embassy in Washington did not respond to a request for comment.

Details: Axios spoke with four current and former U.S. intelligence officials about the case over a period of more than a year. They requested anonymity because they were not authorized to speak to the media about the case.

Between 2011 and 2015, Fang’s activities brought her into contact with many of the Bay Area’s most prominent politicos. 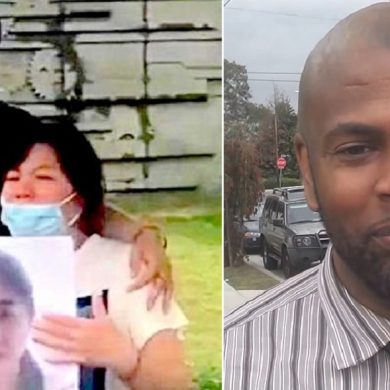