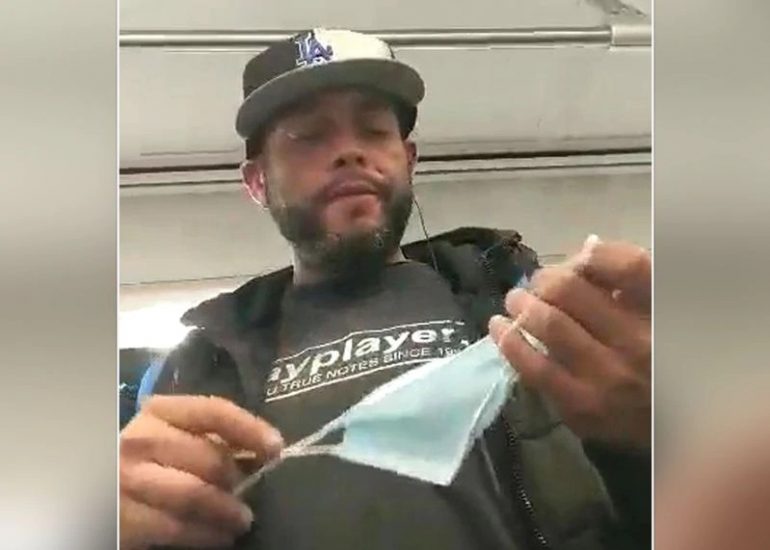 The incident took place early Sunday morning on an uptown 4 train going towards Lexington Ave./59th St. station, according to The Daily News.

A 30-year-old-man Asian man was riding the subway around 5:30 am minding his own business when he was approached by the assailant. The perpetrator started screaming “You’re infected China boy, you need to get off the train!”

The assailant grabbed the Asian man’s right wrist and shoulder and tried to drag him out of his seat, according to authorities. The victim was able to resist and his attacker gave up and ran off.

The victim during the struggle was able to take out his cellphone and film the suspect fiddling with his mask. Police quickly released video images of the suspect and is asking the public in identifying the assailant.

He’s described as an African-American male in his 30’s and was wearing a black jacket. The victim was physically unharmed and was able to report the incident at Montefiore Medical Center.

This disturbing incident is one of many occurring in New York City, from an Asian woman attacked with acid to an Asian man verbally abused on an NYC subway.

Feature Image via The Daily News