One of the worst atrocities in Los Angeles history and something the city wants everyone to forget. On October 24, 1871, a mob of 500 whites and Latinos murdered 17 Chinese immigrants. This event is the largest documented lynching in American history with 17 confirmed deaths.

Los Angeles had a population of roughly 6,000 in 1871. The city had a higher homicide rate than Chicago or New York and only employed six police officers. The U.S. Census at the time indicated the Chinese population to be 172 out of the 6,000 residents, according to the Los Angeles Public Library. The majority of Chinese in Los Angeles lived in adobes in an area called Calle de Los Negros (named after dark-skinned Spaniards who settled there). The area was infamous for gambling parlors, saloons, and brothels.

The massacre began with a preexisting feud between two Chinese Tong factions, the Hong Chow and the Nin Yung. The feud began over the alleged abduction of a Chinese woman named Yut Ho. Most women in the community were prostitutes at the time. A shootout occurred on the night of October 24th between the two factions, which resulted in two of the six Los Angeles police officers and a civilian responding to the scene.

Once at the scene, a police officer was shot and the civilian assisting the officers, Robert Thompson, was shot and killed. Mr. Thompson was a popular former saloon owner and word quickly spread the Chinese had murdered Thompson. Within the hour, 10% of Los Angeles’s population, around 500 people formed a mob and forced their way into the Coronel Building where the Chinese barricaded themselves into. The mob captured and dragged 17 Chinese men, boys, and a famous neighborhood doctor out of the building to makeshift gallows by Tomlinson’s corral and Goller’s wagon shop. A woman who ran a boardinghouse across from Goller’s wagon shop donated her clothesline to be made into nooses while screaming “Hang them!”

Many of the individuals captured by the angry mob were innocent. One of them was Dr. Gene Tong. He was dragged along the street on the way to the gallows. Dr. Tong tried pleading with his captors and offered them his $3,000 in gold and a diamond wedding ring. The captors showed no mercy and shot him in the mouth, hanged his lifeless body and cut off his finger for his ring. The next morning, the 17 bodies of the Chinese were displayed by the jail building for all of Los Angeles to see.

According to LA Weekly, eight men were eventually convicted, but due to some bizarre technical oversight by the prosecution, the verdicts were thrown out immediately. Remember, this crime took place in front of hundreds of people and somehow the case wasn’t strong enough. No one was ever prosecuted again. 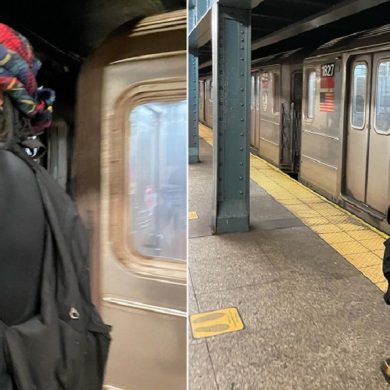