This tragic incident took place on February 13, 2004, in Rochdale Village Apartments in Queens, New York. The incident itself barely received any type of media coverage outside of New York City.

On January 18, 2006, a teen testified to a jury how he and two other friends fatally beat and stabbed a Chinese-food deliveryman to death.

“Just take the money!” 18-year-old Huang Chen begged his three attackers as they ghetto stomped him on the face and torso. The teens didn’t attack Chen because they wanted the money.

The money was just the bonus the three teens would eventually split amongst themselves—what they really wanted was to beat a Chinese man to death. The $49 they would rob from him was icing on the cake.

The attack took place on February 13, 2004, when 18-year-olds Nayquan Miller, William Capehart, and Charles Bryant decided to order Chinese food from the Ming Garden. They were all hungry after a night of smoking pot in Miller’s mother’s Rochdale Village apartment, according to The New York Post.

Once they placed the order, Bryant mentioned he wanted to move up in the Bloods gang, to another faction called the Gun Squad.

Miller thought they were just going to rob the Chinese man, not a big deal he thought because they’re not really considered “human.” However, once the delivery man arrived, Bryant and Capehart had other plans. They began ghetto stomping Chen upon arrival.

The attack initially started on the seventh-floor hallway. After immobilizing Chen, Miller testified Bryant and Capehart dragged Chen—who was still begging for his life—into his mom’s apartment.

Once inside Miller’s mother’s apartment, the three young men showed Chen no mercy.

The teens continued ghetto stomping Chen and ignored his pleas for mercy. “[Charles] started hitting the guy over the head with [the hammer]…with the part that you pull the nail out of the wall with,” Miller recounted.

After beating Chen to death, they wrapped his body in a garbage bag and placed him into a shopping cart. They used Chen’s car to drop his body off at a pond in Brookville Park. All three nearly got into a car accident because they were laughing so hard at the time.

According to The New York Post, Miller agreed to testify against Capehart in a plea deal for 20 years to life in prison.

Judge Robert Hanophy eventually sentenced William Capehart to 51-1/3 years in prison. Bryant was sentenced to 52 years in prison and Miller got his 20 years. The mothers of all three teens wept quietly during the sentencing in 2006. 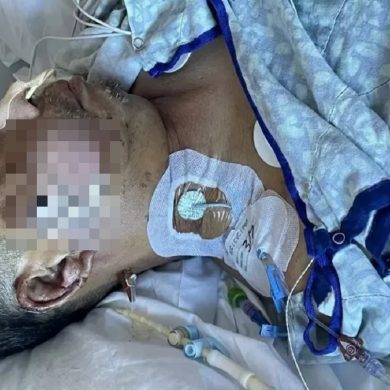