Freddie Mercury was Asian Not Persian

The double-standards of Freddie Mercury’s race is quite appalling once you realize how hypocritical it is. Farrokh Bulsara (Freddie Mercury) former lead vocalist for the band Queen, who sadly passed away in 1991 from complications due to AIDS was Indian-Parsi. What is a Parsi? Parsis or Parsees were a group of people in Persia who migrated to India between CE 636-651 during the Muslim invasion of Persia. That was over 1,300 years ago. The reason why the Parsis feared the Muslims is because they worshipped an ancient 4,000-year-old Persian religion known as Zoroastrianism instead of Allah. So, the Parsis decided to migrate to India where they were free to practice their religion.

Think about that for a moment. Freddie Mercury’s ancestry assimilated into the Indian subcontinent for over 1,300 years. His surname is Bulsara, which is as Indian as curry. Yet, many people still believe Freddie Mercury is Persian and not Indian. Now either people believe Indian blood is so inferior that after 1,300 years; the Persian gene would still be dominant or many were simply unaware the Parsis were in India for such a long period of time.

Freddie was born in the British colony of Zanzibar in 1946 to Bomi and Jer Bulsara. Bomi Bulsara (Freddie’s father) was originally from Bulsar in Gujarat in British occupied India. The Bulsara family moved to Zanzibar because Bomi found work as a cashier in the High Court of the British government. However, in the late 1960s and 70s, a change in African governments forced all Asians (mostly Indians) out of Uganda and Zanzibar. This was mainly due to the fact Indians made up 1% of the population, but controlled nearly 90% of the businesses and paid 90% of the tax revenue according to the BBC. The Bulsara family fled to England as a result.

The United States of America is 244 years old. In just 244 years Elizabeth Warren’s Native-American ancestry was nearly wiped out by intermixing with other Caucasian ethnic groups within the United States. The Parsis have been in India for 1,300 years. There was nothing Persian left in Freddie Mercury’s DNA. The only “Persian” remaining was his Zoroastrian religion. 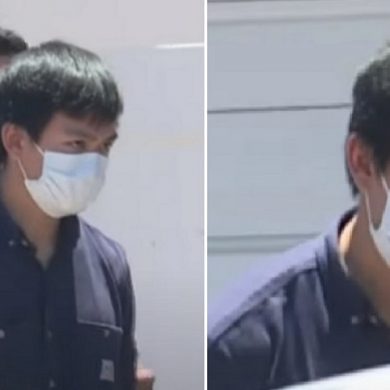