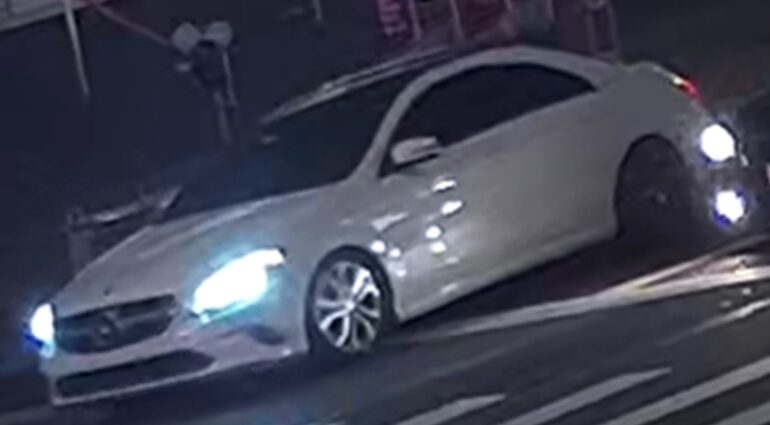 FLUSHING, NYC—The NYPD released surveillance footage that shows a fatal shooting that occurred in Flushing on the night of Sunday, November 20.

Footage shows a white Mercedes-Benz sedan with no front license plate and tinted windows stopping alongside Wu’s car, according to police.

An unknown suspect exited the rear of the Mercedes and approached the driver’s side of the victim’s vehicle, where he pulled out a pistol and fired a shot into the car, hitting Wu in the back.

The gunman then jumped back into the Mercedes, which was driven by another person, and it sped off westbound on 37th Avenue.

The 25-year-old victim attempted to drive away on 37th Avenue, however, he lost control of his vehicle and struck a curb, which caused the car to roll over.

When officers from the 109th Precinct in Flushing responded to a 911 call, they found Wu unconscious and unresponsive inside the vehicle.

EMS arrived and transported him to New York-Presbyterian Queens Hospital, where he was later pronounced dead.

Anyone with information is asked to call the NYPD’s Crime Stoppers Hotline at 1-800-577-TIPS.