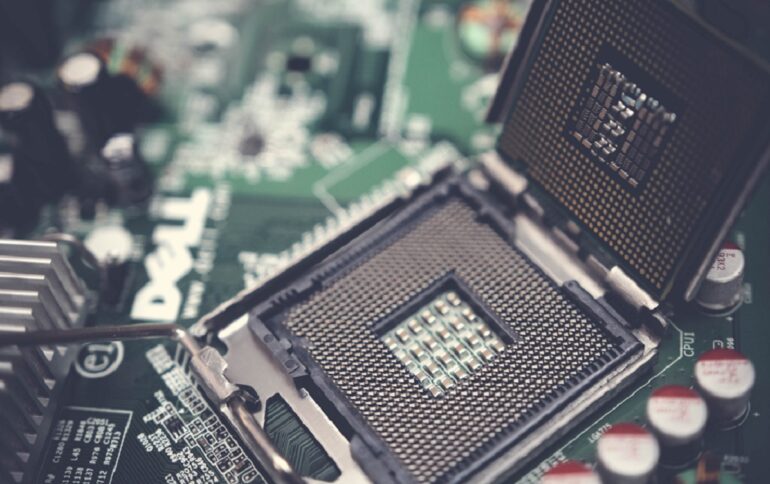 The world’s top players in the semiconductor technology chain are opposing the Biden administration’s calls to stop selling its technology to China and there’s no indication by the Dutch and Japanese governments they’re ready to yield to Washington.

There are only a handful of countries, which doesn’t include the United States, that currently control the world’s supply of advanced semiconductors. Only South Korea’s Samsung and Taiwan’s TSMC control the foundries capable of producing such advanced chips.

Even the intellectual property core (IP core) of semiconductors is controlled by ARM, which is owned by Japan’s SoftBank.

“It is important that we defend our own interests — our national safety, but also our economic interests,” Trade Minister Liesje Schreinemacher said on November 23 at the Dutch parliament.

Senior US officials will travel to the Netherlands later this month to formally request that the Dutch stop working with the Chinese, however, the Dutch government feels more emboldened to deny America’s request with the Japanese on their side.

Nikkei Asia chief editor Shigesaburo Okumara reported Japan’s establishment is “sick and tired of the decoupling with China imposed by the US.”

“Many of the participants seemed sick and tired of the decoupling with China imposed by the US under the name of “democracy versus autocracy” dualism. Some of them worried about the arbitrary and unpredictable nature of trade sanctions and their implementation by the US.

It’s not simply anti-Americanism. In fact, most of the participants had attended higher education in the US, and they really have strong attachment to such American values as liberty and justice.

19-Year-Old Shot in the Head for Being Asian

Still, their anxiety over the confrontation between the two strongest hegemonic nations is serious, and they firmly believe that their arguments and views should be heard by their American and European counterparts. Multiple members stressed that Chinese participation was indispensable if the commission is to deal effectively with global issues.”

Taking into account South Korea’s importance of EV technology to the American auto industry as well as Samsung semiconductors factories currently being built in Texas, the Biden administration gave the South Koreans a one-year reprieve on restrictions to China.

Making the most of it, Samsung is promising to deliver three-nanometer chips to China’s Baidu as well as other customers.

“The US government is run by people who have no idea how the industry works. You don’t need five-nanometer chips for industrial applications. A 5G handset has to process a lot of data and uses a lot of power, so the new chips are important. But what counts in an industrial process isn’t the speed of the chip as much as the quality of the software and the system’s design,” an American semiconductor industry expert told Asia Times.

A Boston Consulting Group study done this year estimated that a complete ban on semiconductor sales to chip would cost US producers 37% of their revenues.