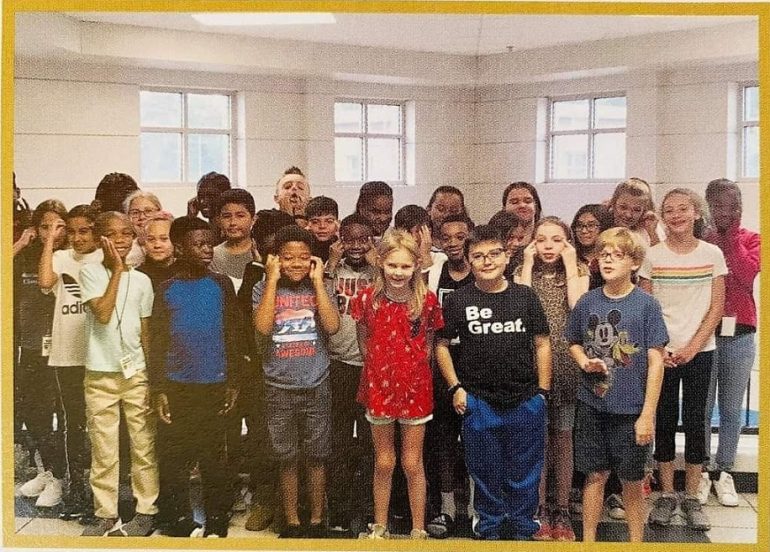 A photo featuring multiple students making a racist gesture with their faces was published in the 2019-2020 Dyer Elementary School yearbook circulated the internet the last few days.

Principal Michael DiFilippo sent a formal letter of apology Thursday to the Dacula school’s students and families for the photo’s publication, according to AJC. Apparently, the students were told to “make a silly face” for the photo, DiFilippo stated. The children decided to mock people of Asian descent as their choice for “silly faces.”

“We see this as a teachable moment for our students, helping them to understand that their actions can hurt others even if they did not intend to offend,” DiFilippo stated in his letter. “We apologize for the actions of these students and that this photo appeared in the yearbook. As a diverse school community, our goal is to cultivate respect for all cultures and to provide a welcoming environment for all.”

Dyer Elementary is in the Gwinnett County School District. The county is supposedly the most racially diverse county in Georgia. According to the U.S. Census Bureau, students in the public school system in the county is 12% Asian.

Yearbooks are typically given out at the end of the school year, but the 2019-2020 yearbook distribution was delayed due to the coronavirus pandemic, which forced the students to finish the year remotely, according to AJC.

The school stated they will review its yearbook production procedures to make sure this type of incident does not happen again.

“As Asian Americans, we are viewed as a perpetual foreigner, and our eyes are what people distinguish as identifying us as Asian or foreign,” Stephanie Cho, executive director of Asian Americans Advancing Justice Atlanta stated.”[The gesture] is incredibly offensive. It reduces a person to a gesture instead of a full human being.”

Other Asian-American netizens weighed in. Many believe the situation is beyond an apology and Asians should act more “Western” in situations like this because that’s what “Westerners” want.

“We should act Western. They only understand retribution and retaliation. I don’t know if it’s their Judeo-Christian values that make them narcissistic but we should hit them back. Track down if any of those children’s parents work for Asian companies and get them fired. KIA Motors, LG Chemicals, and other Asian companies have factories in Georgia—over 100 Asian factories and firms. The Westerner will only respect cruelty. Let’s be cruel. Our humble Buddhist and Confucian ways are seen as ‘weak’ to them. When we act more like them, they will respect us because it’s a language they understand. Cruelty,” one passionate Asian netizen wrote.