Dr. Lili Xu was Murdered Over Her $12 Million Estate 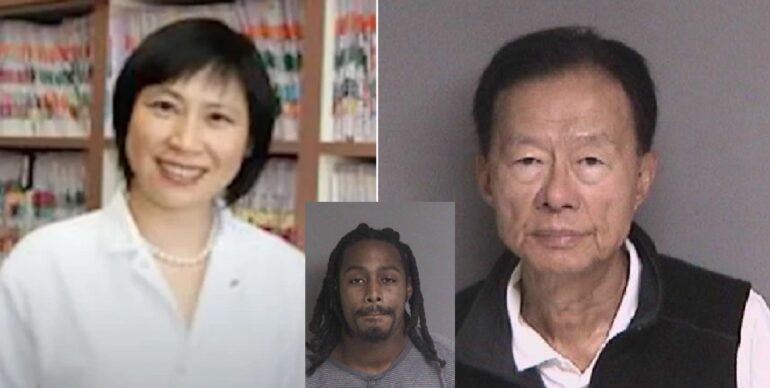 OAKLAND, CA—Nelson Chia, 73, the longtime boyfriend of murdered dentist Dr. Lili Xu committed suicide in his jail cell last Friday after getting arrested for her death, and the hitman in the alleged murder-for-hire plot with a $12 million motive was arraigned Tuesday.

On August 21, 60-year-old Lili Xu was shot and killed while getting out of her car in the 1000 block of Fifth Avenue in Oakland’s Little Saigon. Last week, authorities arrested Nelson Chia, and an alleged hitman in connection with the murder.

Chia plotted to have Xu killed and wanted to live off her estate, estimated to be worth between $12 million to $14 million.

The alleged hitman, 33-year-old Hasheem Bason, was paid a significant amount of money to kill Xu, according to court documents obtained by the East Bay Times.

Chia and Bason planned the date, time, and location of the hit.

Surveillance footage showed a white Lexus sedan, alleged to have been driven by Bason, waiting a block away and then ambushing Xu when she pulled over to the side of the road on August 21.

Here's the surveillance video of the killing. Suspect car parked/waited on 5th Ave near E 11th St for 30-45 mins before victim car pulled up. 2 cam angles of the shooting. pic.twitter.com/wQLQaoQa2k

Xu was a highly respected dentist in the community and had offices in Oakland and Castro Valley.

Chia was taken into custody on Thursday, October 27. At around 2 p.m., the 73-year-old suspect was assigned to a single-person holding cell and was awaiting further processing. Officers later discovered Chia to be motionless and unresponsive after a routine observation check.

“It appears Chia took his own life in the single-occupant holding cell. There are no indications of foul play or any other suspicious activities.”