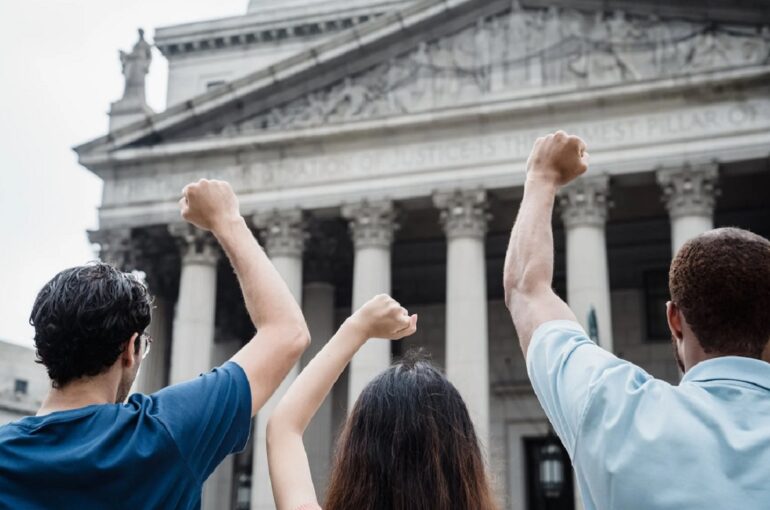 WASHINGTON, D.C.—The Supreme Court will be hearing oral arguments on two cases regarding university admissions based on race—an issue that has divided many Americans.

Students for Fair Admissions (SFFA) claims affirmative action policies at Harvard and the University of North Carolina use race as a negative factor in the admission process—artificially capping the Asian-American student population to between 20 to 28%.

According to The Conversation, over 60% of Asian-Americans identify themselves as Democrats and a majority of Democrats believe in racial preference in school admissions over merit because it helps fight “white supremacy” and “leveling the playing field.”

There’s only one problem with that argument. Ivy Leagues like Harvard have been controlled by liberals/Democrats/progressives for generations. Why is “white supremacy” still an issue if they’ve been in power for so long and why are Asian-Americans the scapegoats?

Consistent brainwashing has led the majority of Asian-Americans to believe systemic racism against their community is a good thing and that has to change.

The mother of all counterarguments is California. The state of California outlawed affirmative action back in 1996 with Proposition 209. Many African-American organizations warned this move would drastically reduce Latino, Asian, and African-American student populations in colleges at the time.

Latino and African-American student population dropped by half following Prop.209; with African-Americans only holding a single-digit percentage of the population—athletes included, according to San Francisco Chronicle.

Argument #3: “Asian-Americans are only 5.6% of the population but they make up over 20% of students. That’s not fair.”

That’s a great argument. But you know what’s also a great argument? African-Americans are 13% of the American population, yet they make up 73% of the NBA. Let’s drop that representation down to 13% in the NBA.

“That’s different, they earned their spots.” If that’s what you were thinking, you just answered why affirmative action is wrong. It’s about merit, not race. Unless you believe academics aren’t as serious as sports? Would you be willing to undergo brain surgery from someone who barely passed medical school?