Former Cop Kills 36 People Including his Family in Thailand 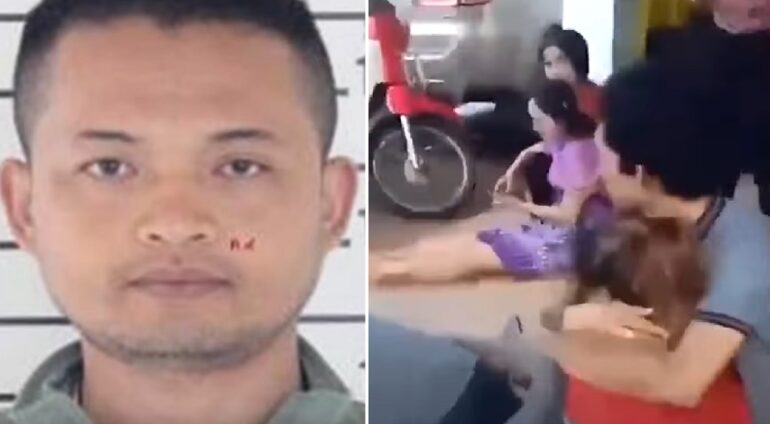 BANGKOK, THAILAND—A former police officer facing a drug charge went into a daycare center Thursday in Thailand, killing dozens of preschoolers and teachers and then shooting even more people as he fled. At least 36 people were gunned down in the deadliest mass shooting in Thailand’s history.

The former police officer was fired from his job earlier this year. He took his own life after killing his wife and child at home. He was armed with a 9mm pistol he purchased himself, a shotgun, and a knife.

The massacre took place in a small town called Nongbua Lamphu in northeastern Thailand. It’s one of the country’s poorest regions.

Initial photos taken by first responders showed the school’s floor littered with tiny bodies of children still on their blankets, where they had been taking an afternoon nap. The shared images showed slashes to their faces and gunshots to their heads and pools of blood, according to AP.

A surviving teacher said the assailant got out of a car and immediately shot a man eating lunch outside, then fired more shots. When the assailant paused to reload, the teacher had an opportunity to run inside.

School staff immediately locked the doors, but the suspect shot his way through.

“The teacher who died, she had a child in her arms,” the witness, whose name wasn’t given, told Thailand’s Kom Chad Luek television. “I didn’t think he would kill children, but he shot at the door and shot right through it.”

According to Thai police chief Gen. Dumrongsak Kittiprapas, the former police officer was a sergeant and was actually due in court Friday for a hearing in the case involving methamphetamine and suggested Kamrap may have chosen the daycare because it was close to his home.

Authorities haven’t yet given a full breakdown of victims, but it is believed at least 22 children and two adults were killed at the daycare and at least two more children were killed elsewhere.