KOREATOWN, Los Angeles—Samuel Kang, 70, chairman of the Korea Freedom Movement, was viciously assaulted by an African-American male on September 20, around 8:30 a.m. while waiting for a bus at the intersection of Western and 5th Avenue, according to the Korea Times.

“While I was waiting for the bus on Western Road that day, a black man approached me and shouted swear words, ‘Go back to your country.’ He came closer and hit me in the face,” Kang stated to the Korea Times.

He suffered a gash under his eye and blood flowed down his face during the attack.

Thankfully, LAPD officers from the Olympic station were patrolling the area and arrested the suspect without further incident.

Less than a week after the attack, Kang ran into the same African-American man who assaulted him at the bus stop.

“I came out in the morning to go to the market, but when I saw the same black man approaching me, I ran away from it in despair and helplessness,” Kang stated to the Korea Times.

“I’m even more angry at the police’s blunt punishment, which frees people who have committed such crimes in just a few days,” Kang continued to explain.

No further detail is available, however, it’s not uncommon for African-American assailants to be released back into the public after being charged with assault. Especially since the Los Angeles County District Attorney is George Gascón, the former DA of San Francisco. 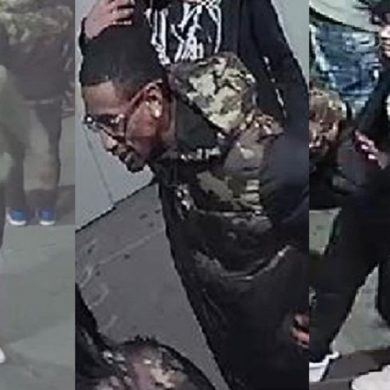