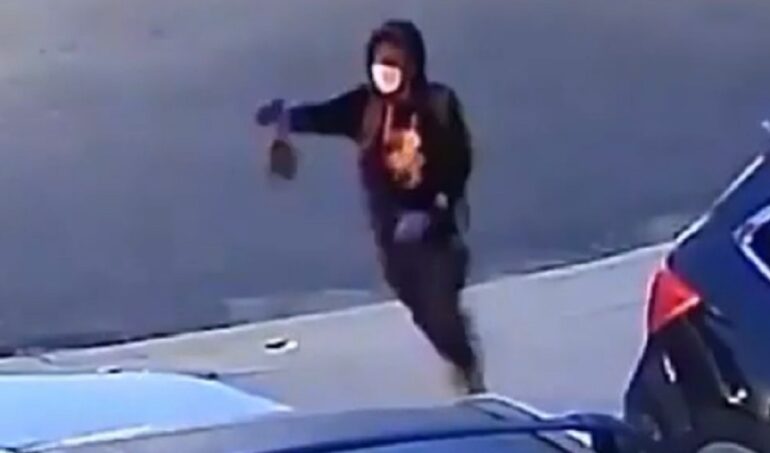 Amir Harvey, 20, of Philadelphia, is charged with carjacking and carrying a firearm during and in relation to a crime of violence, according to United States Attorney Jacqueline C. Romero.

Philadelphia police said the incident happened on September 19 in the 8900 block of Maxwell Place.

The female victim said she started her 2020 Hyundai Santa Fe with a phone app, which was parked in the driveway at around 6:15 a.m.

Moments later, the victim said her 14-year-old daughter left the house and walked down toward the car when they were approached by an African-American male, who pointed a handgun at their heads.

Harvey took the victim’s keys and purse and sped away.

According to police, 20-year-old Harvey and the stolen vehicle were found at an apartment complex about 2.5 miles away. The mom used the Hyundai app on her phone to track her car.

The case is currently being investigated by the Bureau of Alcohol, Tobacco, Firearms and Explosives and the Philadelphia Police Department.

“Through the Philadelphia Carjacking Task Force, we are continuing to investigate, arrest and prosecute those responsible for the spate of carjackings we have seen in Philadelphia in recent months,” U.S. Attorney Jacqueline Romero said in the news release. “As alleged, this defendant threatened the lives of a mother and daughter going about their daily morning routine. Carjacking is not game or a fun pastime, it is a serious federal crime with severe consequences.”

During their investigation, authorities also discovered Harvey was linked to a robbery at a restaurant on September 9.

Four men robbed the Hook and Reel in northeast Philadelphia. They were armed with pistols and stole $400 from a cash register and ransacked the restaurant’s office. Harvey was also identified to be one of the suspects after reviewing surveillance footage and witness interviews.