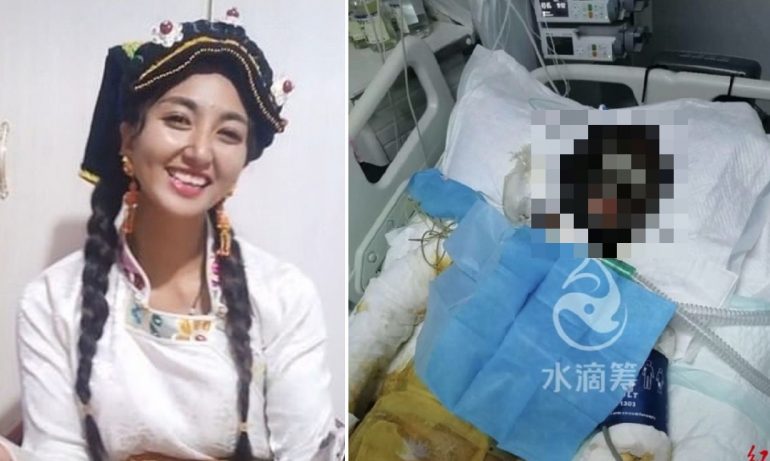 Video blogger Lamu was attacked and set on fire by her ex-husband while live-streaming at her home in Aba, China. Her fans saw a black screen before hearing screams, according to The Daily Mail.

Lamu’s ex-husband reportedly broke into her home with a cleaver and gasoline before attacking her in front of her family members in mid-September. Lamu sustained burns to 90 percent of her body and was rushed to the People’s Hospital around 8:50 pm on September 14.

She agonizingly fought for her life for over two weeks. She was pronounced dead around 9 pm on Wednesday, September 30.

According to Chinese news outlets, Lamu’s ex-husband was allegedly seeking revenge for divorcing him due to domestic abuse. The couple’s relationship bore two sons.

Police have detained the ex-husband, however, decided not to comment on the case. Under Chinese law, the ex-husband will be executed once found guilty.

Lamu amassed a TikTok following of over 782,000 followers and 6.3 million “likes” before being assaulted, according to The Daily Mail.