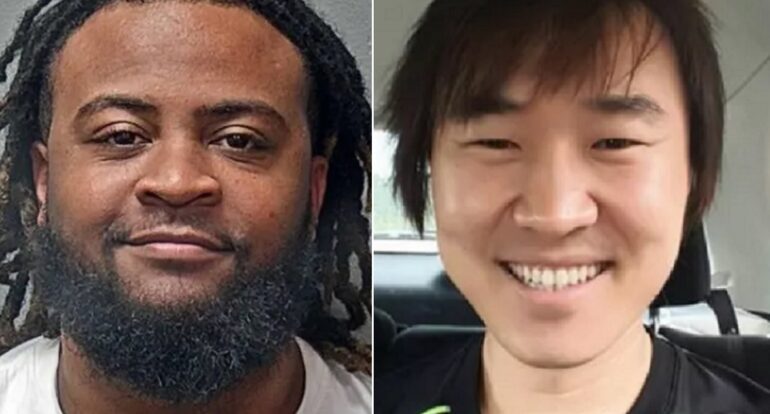 FORT WORTH, TX—Documents released last week provide more details about a minor crash that ended with the shooting death of a local business owner.

The violent confrontation happened on the morning of August 15, after a minor traffic accident near South University Drive and the Interstate 30 westbound entrance ramp.

According to the arrest warrant affidavit, Shin was driving a Jeep Cherokee and rolled forward at a red light, and hit the bumper of a silver Hyundai Elantra that had three female occupants inside.

All three women exited the Hyundai and boxed Shin into his vehicle.

Several more people arrived in other cars to support the three women. 28-year-old West was one of those people, according to FOX4.

“There were seven people gathered around Shin,” the police document states.

Surrounding surveillance footage showed Shin standing outside his Jeep at one point and the confrontation soon escalated into a physical fight. West got into Shin’s face and another person punched him in the back of the head.

Shin immediately backed away and retrieved a pistol from the passenger side of his Jeep. At the same time, West went back to his vehicle and got his own gun, according to the affidavit.

However, by that point, someone in the group took Shin’s keys and blocked further access to his Jeep. As Shin desperately tried to get into his vehicle, West shot him multiple times.

The 43-year-old business owner tried to run away but collapsed and died.

West remained at the scene and was later arrested and charged with murder based on the outcome of the investigation, reports FOX4.

Shin was the owner of Encore Family Karaoke and co-owner of the Dan Sung Sa Korean restaurant in Dallas. He provided meals to the homeless and helped raise money for the Korean women injured at the salon shooting in Dallas earlier this year by an African-American male.

He leaves behind a girlfriend and a 14-year-old daughter. His GoFundMe page has raised over $97,000.