American Citizen Loses Appeal in China and Will Be Executed 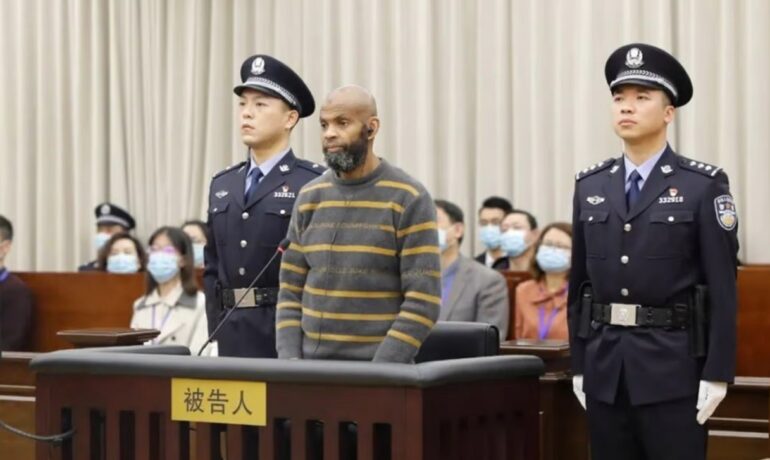 BEIJING, CHINA—A U.S. citizen that was sentenced to death by a Chinese court in April for “intentional homicide” of his girlfriend lost his appeal on Thursday.

The High People’s Court of Eastern China’s Zhejiang Province rejected the appeal of Shadeed Abdulmateen, who taught English at the Ningbo University of Technology.

Shadeed is a University of Phoenix graduate.

“The High People’s Court of Zhejiang Province..found that the facts found by the Ningbo Intermediate People’s Court were clear, the evidence was true and sufficient, the conviction was accurate, the sentence was appropriate and the trial procedure was lawful, so it made the above ruling,” reported CCTV.

The court has forwarded the case to the Supreme People’s Court for approval, which is the final step before Shadeed’s execution.

Abdulmateen was accused of stabbing a 21-year-old Chinese woman multiple times in the neck and face. He claimed the killing was because of a relationship dispute back on June 14, 2021.

After a standard session of CCP “interrogation,” Abdul confessed to the murder, which he states happened because of an “emotional dispute,” “relationship issues,” and “Asians weren’t doing what they were told,” in reference to a line said by Chris Tucker’s character in Rush Hour 2.

Apparently, Abdulmateen lied to Chen about being divorced and single, which wasn’t the case. Around May 2021, Chen tried to break off the relationship several times.

Abdulmateen refused to let the relationship end and verbally threatened Chen to do what she was told, reports the Global Times.

On June 14, 2021, Adbulmateen met Chen at a bus stop near Ningbo. Later that night, he stabbed Chen and sliced her neck repeatedly until she lost the ability to resist.

Infuriated that Chen wanted to end the relationship, Abdulmateen stabbed her in the face several more times—killing her.

The People’s Court made clear during Abdulmateen’s death sentence his motive was “despicable and cruel.” The court reminded the attendants that Abdulmateen was guaranteed a proper defense, had access to an interpreter, consular visits, and other procedural rights in accordance with international law.

Abdul will be executed by firing squad.