St. Paul Man Kills his Wife and Then Himself 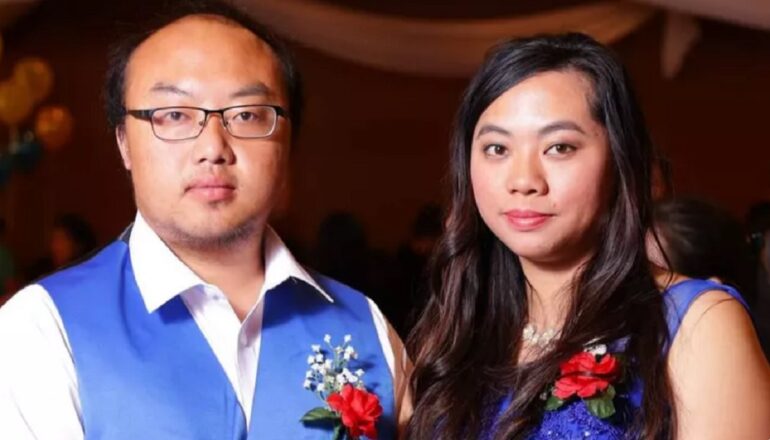 ST. PAUL, MN—Police say a man in St. Paul used a gun to shoot his wife while their five children were playing before shooting himself.

Family members say the couple’s murder-suicide that occurred Tuesday night at their home on the 2000 block of California Avenue East, came out of nowhere.

The couple, along with their five children, had just returned from their annual summer camping trip to Duluth.

A GoFundMe page has been set up for the children. Please click HERE

According to St. Paul police, Xiong shot his wife, before turning the gun on himself, while their five children were at home. It was the 9-year-old that called 911.

“The father asked the five kids to go down in the basement, just go play or whatever. The older son heard three gunshots,” explained Chee Nu, brother of Yia Xiong.

“Stable house, stable job — my brother worked, my sister-in-law worked, kids going to school and stuff like that,” said Chee Nu. “His kids are his heart, his world.”

Now the family is left to raise the children while seeking answers to questions they will never know.

“They’re still thinking that their parents are either at work or either still sleeping,” said Chee Nu. “It’s just heartbroken they won’t be there anymore.”

Anyone experiencing suicidal or harmful thoughts to seek help from mental health professionals such as, Ramsey County Crisis Line at 651-266-7900 or to text or call the National Suicide Prevention Lifeline at 988.