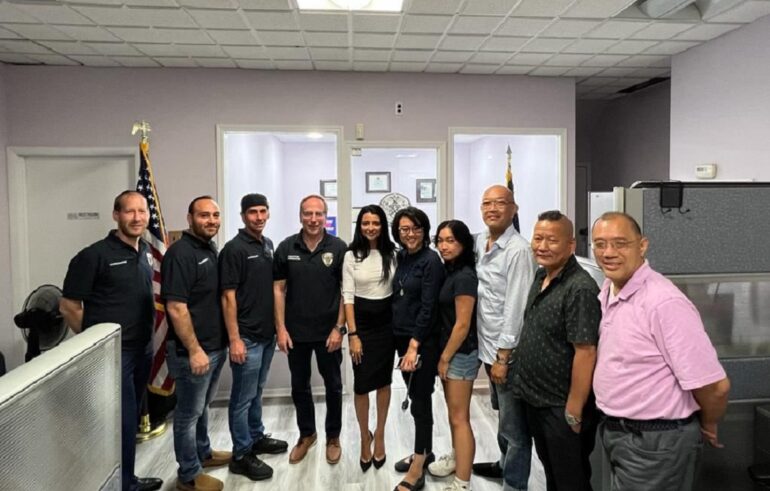 BROOKLYN, NYC—Asians and Jews are continuously being attacked by members of the African-American community in New York City and now the Asian Community Watch group is taking lessons from a long-standing Jewish neighborhood safety patrol to fight against the onslaught.

An initiative led by New York City Republican Councilwoman Inna Vernikov, members of the Flatbush Shomrim (Hebrew for “watchers”) in Brooklyn, are training volunteers from an Asian neighborhood in Vernikov’s district on how to run a successful community safety patrol network, according to JNS.

And last night, in an incredible show of unity, the Jewish community patrol group @FlatbushShomrim, generously spent hours giving over important advice and tips to our Asian brothers and sisters on how to operate a patrol group. Thank you @FlatbushShomrim pic.twitter.com/BQoQ5Mp2JM

“These are community members who mostly have no clue exactly what it is that they’re doing regarding starting and running an effective safety patrol,” said Moskovitz, highlighting the notable exception of retired NYPD Deputy Chief Dewey Fong.

The Asian Community Watch consists of around a half-dozen people. In the last two meetings, Shomrim has helped the Asian group lay the groundwork, discuss operations, strategies, funding, and other issues involving in the creation of a new patrol.

“I explained to them the whole nine yards. Who they have to recruit, what they should be looking for, who they want to represent an organization,” he said. “We had a meeting with the police precinct commanding officer, and he is on board with the whole thing because it’s obviously a necessity. This is a process. I can’t impart the experience of 31 years in a couple of hours or even a couple of months; we’re starting slowly.”

There have been 51 confirmed hate crimes against Asians in New York City as of the end of June, according to the NYPD Hate Crimes Dashboard.

The keys to a successful neighborhood patrol are having a reliable number of volunteers and an effective way to communicate instantly when something happens, whether that be smartphones or $1,000 two-way radios that Shomrim utilize.

“There are cell phone apps they can use. Communication, of course, is critical, both with each other and with the police department. You have to know how to put over a call and you have to have the right connections,” said Moskovitz.

The Jewish community hopes their tactics will help lower Black-on-Asian violence like it did with their community.