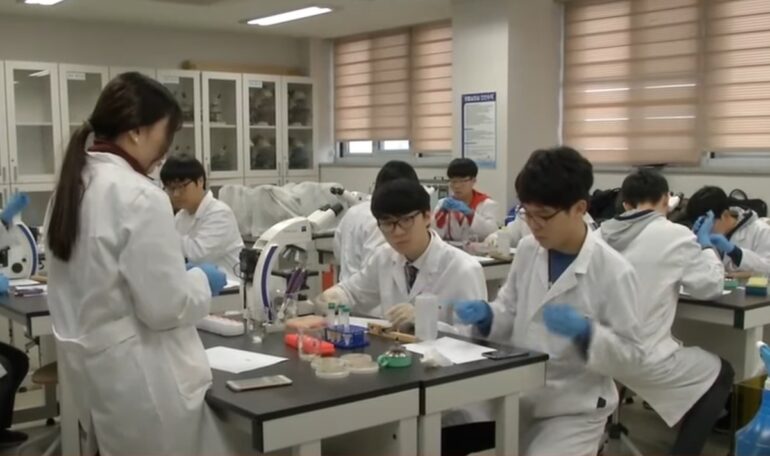 UNITED STATES—In a few years more and more American cars will be electrified. Take your pick, Ford, GM, or Stellantis-Chrysler. Regardless of what “American” car you pick, they’re not going anywhere without the South Koreans.

According to Energy Wire, the most heaviest and valuable part of your EV vehicle—the battery cells—were co-designed by South Korean engineers and built by Korean-owned factories in the United States. Samsung is helping Stellantis-Chrysler, LG Chem and SK Innovation are helping Ford and GM.

Even Tesla is betting on Japan’s Panasonic for their future (4680 battery).

America’s “diversity is our strength” is a sham. Every major American corporation now needs merit-based Asian companies from South Korea, Taiwan, and Japan to save them and to carry out the illusion that “diversity is America’s strength.”

South Korea’s Hyundai and Kia Corp are now the No.2 best-sellers of EVs in the United States after Tesla. In China, Tesla got overtaken by China’s BYD.

“They have a very meaningful position in the battery supply chain and in the EV market in the U.S.” said John Loehr, an industrial auto analyst with consulting firm AlixPartners.

The new United States of America is stuck. They don’t want to depend on China but they’re completely dependent on Asian companies.

“South Korea at the end of the day is a U.S. ally and is a democracy, and in Washington, D.C., that is becoming the framework,” stated Ilaria Mazzocco, an expert on Chinese industrial policy at the Center for Strategic and International Studies.

But now we’ve got problems. South Korean companies have completely ignored entreaties by President Biden and will not use American union labor, reports Energy Wire. American automakers are now viewing the Koreans with both warmth and wariness.

The South Koreans are in a position to completely overtake the remaining American automobile industry. They hold the patents, have the scientists, and have the ability to completely lock out Ford and GM in the future.

South Korean battery makers have invested $20 billion in the United States and will create more than 19,000 American manufacturing jobs for the time being.

SK Innovation is also close to completing a factory in Georgia. That factory will supply battery cells to Volkswagen’s factory in Tennessee and BMW’s in South Carolina.

We’re not even getting started with Japan’s Toyota. Many analysts and researchers believe whoever unlocks the secrets of solid-state batteries will control and dominate the EV race, which still uses lithium-ion batteries developed by Japan’s Sony.

Toyota is planning a surprise attack with a wave of solid-state battery vehicles. Batteries that weigh less, hold 40% more power, are easier to manufacture, and completely charge in 10 minutes.

Merit is no longer the key driving factor in American STEM. Race and forced diversity to create “equity” are now what drive the United States and those policies have proven a complete failure. America’s reliance on South Korean and Japanese EV tech, semiconductors, OLED screens, and 5G are proof America’s diversity has failed to compete on the international stage.