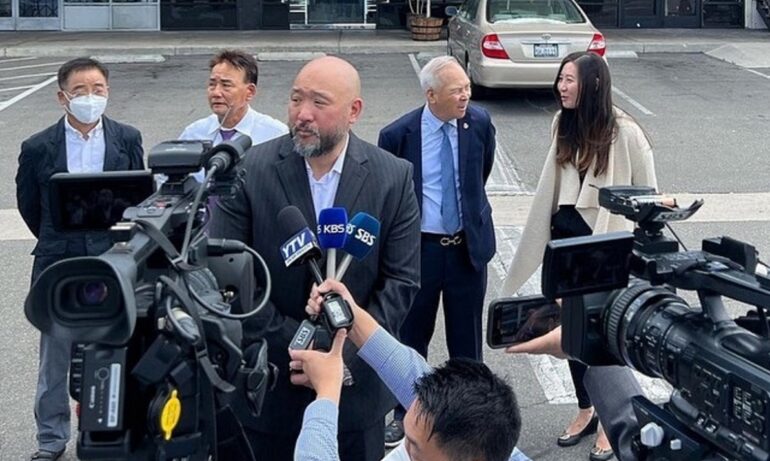 ORANGE COUNTY, California—Entrepreneur, philanthropist, and advocate, James Mai was recently the victim of a doxing campaign after he refused to support an opposing candidate in this year’s upcoming high-profiled Orange County district attorney race.

“I support a Republican district attorney and they want me to support a George Soros backed one, so I told them ‘no, thanks,’” Mai stated.

“That literally is that. I support a guy (Todd Spitzer) who is hard on crime and they don’t like that,” Mai continued to say.

This crazy story started months earlier. “I was brought to this person as someone I should help because [she] claimed to be a sex crime victim and autistic,” Mai stated.

Mr. Mai works with autistic children as well as other Asian-American advocacy groups, however, this woman ended up being a “Trojan horse.” She claimed to be a conservative and began attending Republican functions and paying for dinners with cash, no credit cards, which aroused suspicion.

When it became evident who the woman was, Mr. Mai began “messing with her” through online chats. He told her he decapitated a cow and threw its head outside an Indian restaurant—he didn’t—but told the story to “mess with her.”

Later, that very same phony story about the cow’s head showed up in a Rip Off Report, which now proved who the author of the doxing campaign was.

Soon after, Mr. Mai was doxed. Pictures of his children, his wife, his home, along with his home address with his wife and children’s full names were shown online.

Man Drags Woman Multiple Blocks and Attempts to Rape Her in Flushing, Queens

People surrounding this matter say Bakrania files fraudulent lawsuits and she is a professional squatter from Desert Hot Springs, California. Records indicate she was arrested back on May 11, 2008, in Fulton County, Georgia.

Assemblyman Steven Choi and Mr. Mai recently tried pushing through Assembly Bill AB2027 in Sacramento back in late March 2022. However, the bill was killed by the Assembly Public Safety Committee.

Assembly Bill AB2027 would have exempted hate crime penalty enhancements from the provisions of Senate Bill No. 81, which was authored by California Senator Nancy Skinner in 2021. AB2027 would allow judges in criminal cases the ability to actually add “hate crime enhancements.”

“Took months to work on this, I testified in support during this meeting, was fully shocked when other Asians speaking were in opposition, some even saying hate crimes toward Asians were because of Trump,” Mr. Mai stated.