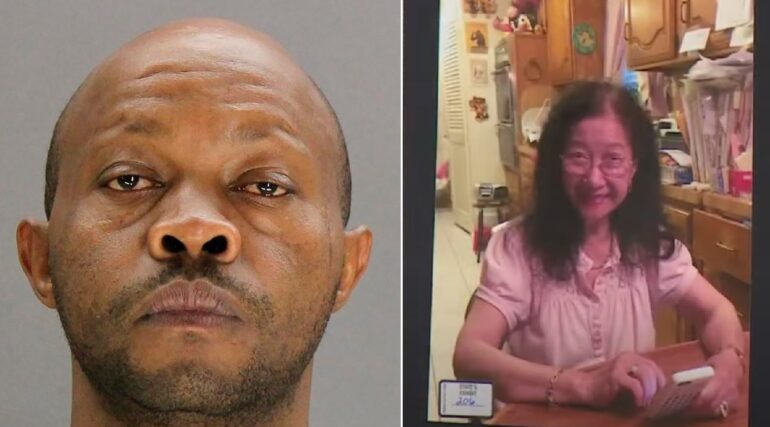 Chemirmir is suspected of murdering around 25 senior citizens—none of them were African-American. He would pose as a medical professional or maintenance person and gain access to the properties of at least 22 elderly women and smother them with a pillow.

The Kenyan-born serial killer so far stood trial in one case, the murder of Vietnamese-American Lu Thi Harris, 81, whom he murdered in 2018. He was found guilty and sentenced to serve life in prison, reports NBC5.

During Lu Thi’s capital murder trial back in late 2021, jurors were subjected to brutal images of a lipstick-stained pillow used to smother Lu Thi, her body crumpled on the floor nearby, autopsy photos, and the scene inside her home.

Keys also found inside Chemirmir’s car were able to open the door to Harris’ locked front door—linking him to the crime.

Chemirmir has denied killing anyone and remains adamant this is all a huge misunderstanding.

Harris’ son-in-law, Richard Rinehart said during the trial, “She was a very funny person, Very humorous, Very generous,” and explained he still kept in touch with Lu Thi even after his wife passed away from cancer.

“Most people hate their mother-in-law, but my mother-in-law was a hoot. She was very fun to be around,” he said.

Lu Thi grew up in Vietnam. She worked at a restaurant across the street from a Caltex office in Saigon, where William Harris was stationed. The two met, married, and returned to the United States together, according to Rinehart.

The heartbroken son-in-law identified jewelry found on Chemirmir at the time of his arrest as belonging to Harris, which included a necklace with her nickname, Kim, on it, and other pieces she can be seen wearing in pictures, according to CBS News.

Chemirmir also had an envelope with rare $2 bills in it, handwriting on the envelope matched Harris’. She collected the money to give out as gifts to family and friends for good luck.

William Harris died in 2008 and Lu Thi’s daughter, Loan, died of cancer in 2013, but Lu Thi “Kim” Harris and Rinehart remained close. He lived within walking distance of her home and would regularly meet her for dinner, he testified during the trial.