School Board Meeting Descends Into Chaos Over Ann Hsu Comments 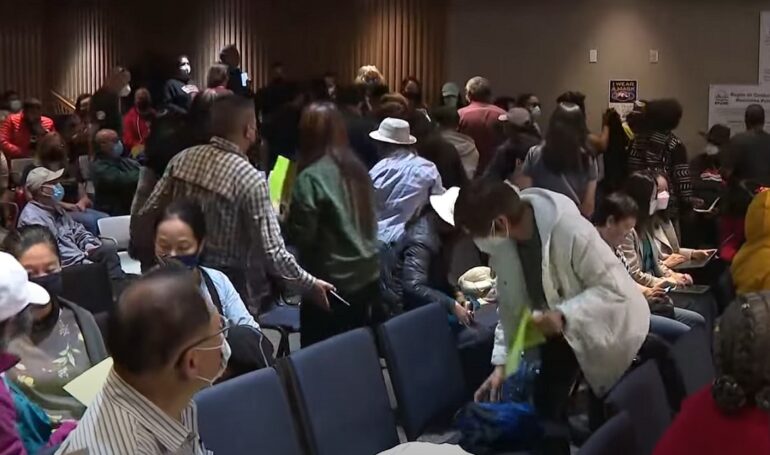 During the public comment portion, parents began fighting with each other and the meeting had to be recessed for a period of time before voting commenced, according to ABC7.

The controversy started when Hsu’s responses to a San Francisco Parent Action Coalition questionnaire were shared in mid-July. She implied in one of her responses that “marginalized students especially in the Black and brown community” are not fully supported by their families, according to the San Francisco Chronicle.

“From my very limited exposure in the past four months to the challenges of educating marginalized students, especially in the Black and brown community, I see one of the biggest challenges as being the lack of family support for those students,” Hsu wrote.

“Unstable family environments caused by housing and food insecurity along with lack of parental encouragement to focus on learning cause children to not be able to focus on or value learning,” Hsu continued. “That makes teachers’ work harder because they have to take care of emotional and behavioral issues of students before they can teach them. That is not fair to the teachers.”

Hsu was one of three school board members sworn in by Mayor London Breed to replace the recalled members following a recall in February.

Hsu apologized after the initial uproar and once again apologized at Tuesday’s meeting. But for many, it wasn’t enough.

“I misspoke while trying to discuss these serious issues. And, in doing so, I said things that unintentionally perpetuated harmful stereotypes,” she said.

Reverend Arnold Townsend, vice president of the San Francisco chapter of the NAACP stated, “If Alison Collins’ words hurt Asian children, certainly, what does these words do to black and brown children.”

“We do love our babies, and we do value education. We do believe in Black excellence and Latinx excellence,” said parent Rionda Batiste.

Korean Kid Blamed for Coronavirus & Kicked in the Face

Dozens of parents and supporters also turned out to support Hsu, saying her comments were taken out of context.

Many of Hsu’s supporters say they think Hsu was simply trying to point out systemic inequalities in education.

“If we want to fix the problem we have to be able to talk about root causes even if they’re uncomfortable for some people,” said supporter Diane Yap.

The school board ultimately voted to admonish Hsu. However, many believe she should resign.