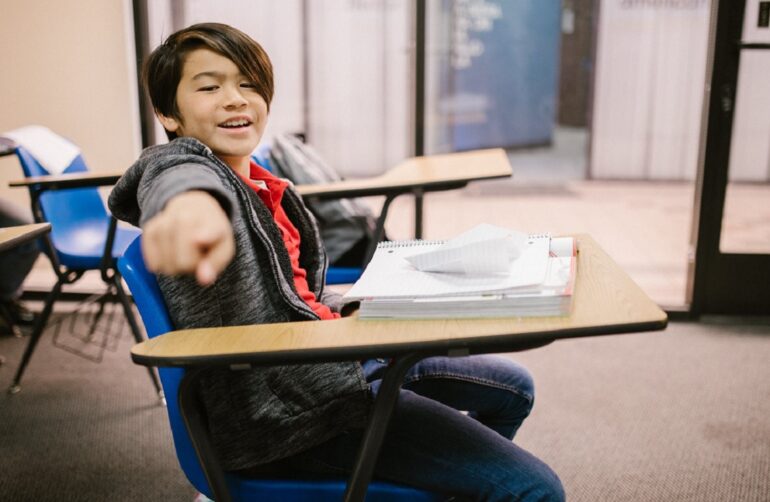 SAN FRANCISCO, CA—San Francisco’s Lowell High School, formerly regarded as one of the best schools in the country, saw a spike in Ds and Fs among its first batch of students admitted in the fall of 2021 through a new lottery system.

Lowell High School’s demographics before the new lottery system was implemented was 56.8% Asian, 18.3% Caucasian, 11.5% Latino, and about 2% African-American. Admission was based on merit, not race.

However, of the 620 first-year students admitted through the lottery system, nearly 1 in 4 (24.4%) received at least one letter grade of D or F in the semester, according to the San Francisco Chronicle.

A substantial number of lottery students are barely hanging on.

Principal Joe Ryan Dominguez announced his resignation last month from the school district, and cited a lack of “well-organized systems, fiscal responsibility and sound instructional practices as the path towards equity.” Dominquez also attributed the rise in failing grades to “too many variables” and the matter is “too sensitive.”

“Over a year of distance learning, half of our student body new to in-person instruction at the high school level and absences among students/staff for COVID all explain this dip in performance,” Dominguez told the Chronicle. “It is important not to insinuate a cause on such a sensitive topic at the risk of shaming our students and teachers who have worked very hard in a difficult year.”

However, the blame on remote learning isn’t accurate. Lowell instituted remote learning back in the fall of 2020 and only 51 students, not 24.4% of the entire batch received a D or an F. That class was the last batch admitted through the merit-based system, reports the San Francisco Chronicle.

Remote learning has increased lower grades among students in grades 10 through 12, but they were slight decreases, nothing like what the lottery-based batch of students are experiencing now.

The lottery-based admissions idea began when African-American and Caucasian liberal parents complained that over half the school was Asian and no race should be allowed to dominate any field—they chose to ignore the NBA and NFL.

When Asian-American parents opposed the school district’s plans to enact its new “lottery” system in late October, the school district blasted the parents by stating they were “racist” and responsible for the “toxic culture” at the school. Parents were accused of furthering the “Asian supremacy” agenda by making their children work so hard; their children’s achievements were demoralizing African-American and Latino students.

Supporters for the lottery-based system now say grades are “racist” and demand the school district change its current grading system.