Man Who Murdered Chinese Couple in Jamaica Killed by Police 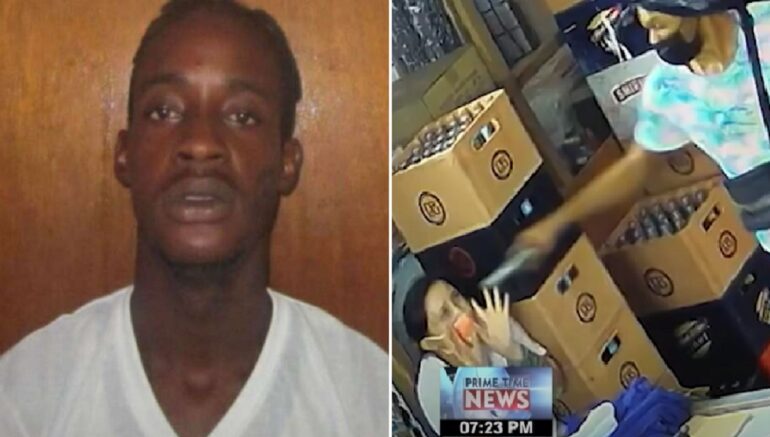 ST. ELIZABETH, Jamaica—The man wanted in connection with the murder of a Chinese couple in St. Elizabeth, was shot dead during a confrontation with police last Tuesday night, July 26.

Tommy Thompson was shot and killed in Bloomsbury District in the New Market police area around 10:40 p.m. after he allegedly attacked the police with a machete, reports Jamaica Observer.

Thompson and two gunmen were caught on CCTV posing as customers in Jojo supermarket before murdering Haikong Wan, 48, and Shiyun Shu, 53, back in January of this year.

CCTV footage showed 48-year-old Haikong Wan begging for her life before being shot in the head point-blank.

Police responded to a reported robbery at Jojo supermarket and found the couple lying in a pool of blood on the floor.

When Thompson and two of his accomplices—later identified as two brothers—initially robbed the couple, they were unsatisfied with the amount of money they received and demanded additional cash.

When their demands were not met, the gunmen opened fire hitting the couple multiple times before running away, according to Jamaica Loop.

The two brothers have since been captured and charged with double murder.

Police said Thompson was also wanted for several counts of shooting with intent and illegal possession of a firearm.

According to Lawfare, Jamaica was granted an “unorthodox request” from China. The China Development Bank loaned the island nation $700 million for a highway project and requested China build the project for them.

To repay the loan, Jamaica transferred 500 hectares of land adjacent to the new Chinese-built North-South Highway for a 50-year concessionary period.

Many Chinese nationals are murdered in Jamaica every year and some in the local population blame China for taking over the island.