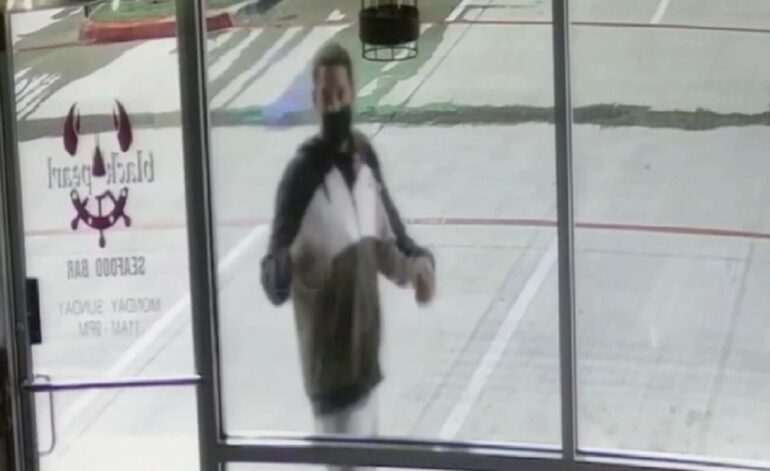 Within seconds of breaking into the store, the suspect picked up the cash register and slammed it on the floor several times before running off with the cash.

About 30 minutes after Ding Tea, security cameras from Lava Coffee shop, which is three doors down from the tea shop, captured the same person breaking through the front door and running to the cash register. However, Lava’s cash register was empty.

Wong owns the Blackpearl Seafood Bar, which is also in the same shopping center as the two other stores. He shared pictures to a local news outlet of the suspected burglar that also targeted his business, according to Click2Houston.

“I check my camera and saw the front window broken out,” Wong said.

The co-owners at Break Time Tea now have their front door boarded up for the second time in two weeks.

“We believe that they targeted us. They came in and checked out the whole store before they broke in. He knew exactly what to do and where to go,” Ton Doan said.

On Tuesday, the same thief tried to steal the cash register again but left empty-handed.

“We are struggling to try to survive through all the COVID and inflations and now this? It doesn’t make any sense to me,” Doan stated.

Yummy Pho, Papa’s Beard, and ForkIt were also broken into.

The Harris County Sheriff’s Office is investigating the series of break-ins and stated anyone with information should contact their office.