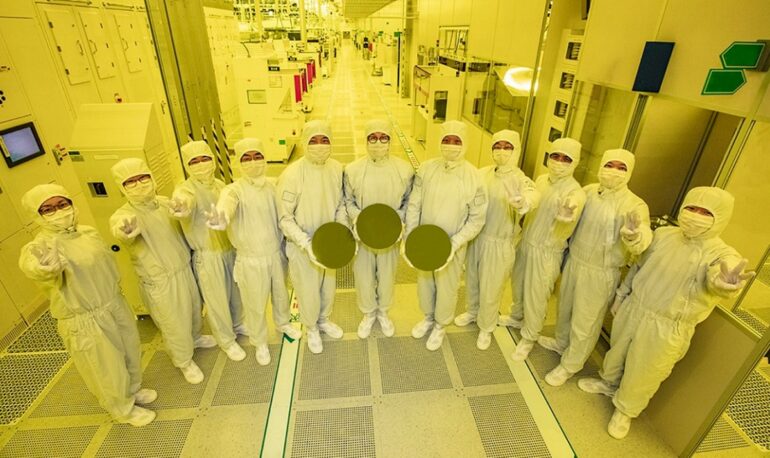 SOUTH KOREA—Samsung has crossed the 3nm finish line head of TSMC, beating out Apple’s Taiwanese chip supplier to be the first company to ship 3nm chips equipped with GAA (Gate-All-Around) transistors. This makes Samsung the most advanced chipmaker in the world.

The South Korean giant achieved this breakthrough using a process called Gate-All-Around transistor architecture. Basically, the Samsung chips have a 16% smaller surface area and are used for “high performance, low power computing” with mobile processors coming later, and a second-generation 3nm process will reduce power consumption by 50% and improve performance by 30% on a 35% reduced area.

America’s Intel announced they would be able to switch over to TSMC’s 2019 chipmaking process by 2025, even though Apple just announced a two-year plan to abandon Intel chips altogether, reports 9to5Mac.

These new chips will power the next generation of smartphones, high-performance computers, and military equipment. As promised, South Korea, Taiwan, and Japan will help the United States with chip supplies in what is now called the “Chip 4 Alliance.”

“Intel is trying to save a sinking ship with a bucket. They’re spending over $20 billion on two new chip plants. By the time construction is finished, TSMC and Samsung will be another generation ahead with more than enough capital to double their R&D.”

Intel will soon be four generations behind Samsung and TSMC and both Asian giants are spending hundreds of billions of dollars to make sure they maintain a multi-generational lead over their American rival.

However, Samsung’s 3nm chip victory is a small one. TSMC is set to start high-volume production of 2nm technology in 2025 and begin shipping in 2026.