Rock Attack Suspect Has a History of Anti-Asian Violence 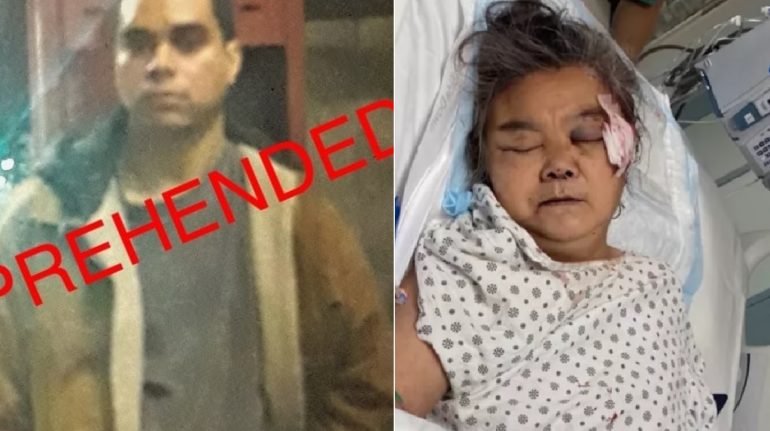 Ma was bashed in the back of the head with a rock Friday on 89th Street in Jackson Heights around 8 a.m. while she was sweeping in front of her apartment. The suspect, Elisaul Perez, 33, was soon arrested and charged with assault in the first and second degree and criminal possession of a weapon.

Ma’s husband is losing hope she will ever wake up after more than four days in a coma. Speaking through a translator, Zhanzin Gao told CBS2 “My sky has fallen…it’s very difficult for me.”

Records show Perez, who also goes by the name Yose Claro, has 14 prior arrests dating back to 2009. In the last year across Brooklyn, Queens, and Manhattan, several have been for public lewdness, drug possession, and larceny, according to CBS2.

Perez allegedly assaulted another Asian woman in the back of the head with a piece of wood in Queens back in September. He was charged with third-degree assault, a misdemeanor, which meant a judge could not have held him on bail, so he was released, reports CBS2.

However, the attack on Ma is the first offense that could potentially keep Perez in jail. A grand jury is set to decide whether to indict him on Wednesday. No hate crime charges have been filed.

Jennifer Wu, a partner at law firm Paul Weiss, is helping the Ma’s family pro-bono, along with her colleague and former U.S. Attorney General Loretta Lynch, according to CBS2.

“Where the people who are grandmothers, who are sort of what we hold up in the Asian community to be people we look up to, are being attacked, that’s really an attack on the entire community and our entire culture,” Wu said.