Asian Man Shot and Killed for Not ‘Obeying’ His ‘Masters’ 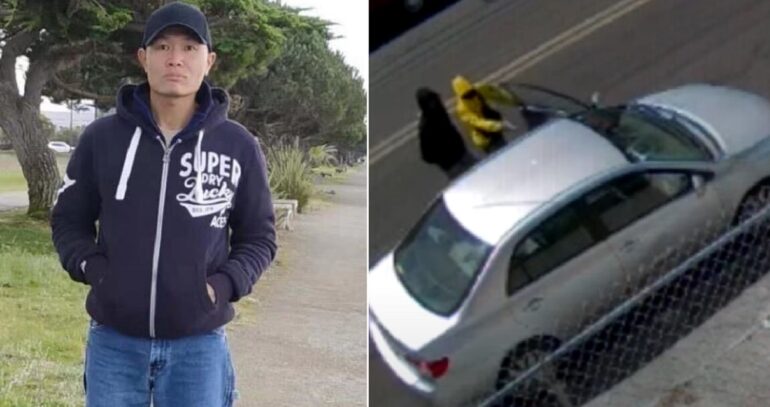 OAKLAND, CA—An Uber driver was shot and killed in Oakland Sunday morning. The robbers barely gave the Asian victim enough time to obey their commands before shooting him dead.

“Asians should do as they’re told,” is the common response these stories receive from countless trolls in the Shade Room or Tariq Nasheed followers.

Kon “Patrick” Fung, 52, was one of three people murdered in Oakland over the weekend, according to Oakland Police Chief LeRonne Armstrong during a Monday press conference.

Just two days after the daytime shooting, Judy, who is requesting only her English first name be used, spoke to ABC7’s Dion Lim through an interpreter about how a matter of seconds changed her life forever. Judy was Fung’s partner of five years.

“She’s afraid to even leave her house, and she can’t sleep,” the interpreter said. “The whole incident happened in less than five seconds. In that span, she lost her boyfriend.”

Surveillance shows two “people” in hoodies approaching Fung’s car while he was waiting during his driving shift. The suspects can be heard telling Fung to get out of the car. Before he could react and obey commands, the young men shoot and kill Fung.

“I’m so scared,” Judy said in Mandarin. “I don’t dare go outside. I just think of him dying.”

Judy was purchasing groceries in Oakland’s Chinatown the morning of the crime. Her son heard the gunshot and alerted the rest of the family of what happened, reports ABC7.

Oakland police are calling this an attempted robbery.

Like many “woketopian” cities, Oakland has become a cesspool of violence, a sample size of what many parts of the United States have become.

Judy describes Patrick as a “hard worker” and continued on to say, “He even works on Sundays. It’s because of his job, his hard-working trade, that he got killed.”

African-American suspects are entering the community and destroying and robbing its residents and businesses to the best of their ability.

“Why us? We are hard-working. We go to work, we pay our bills, but why are we being targeted over and over again? This has to stop,” Judy said, wiping tears away from her face.

Through her interpreter, she reiterated the need for more support from the city.

“She wants more help from the city patrolling the neighborhood. She needs more resources to make sure the safety of this neighborhood is protected. She’s pleading for help to catch the two perpetrators to bring them to justice as soon as possible,” the interpreter said.