Police Search for Suspect Who Murdered a Woman in Chicago Chinatown 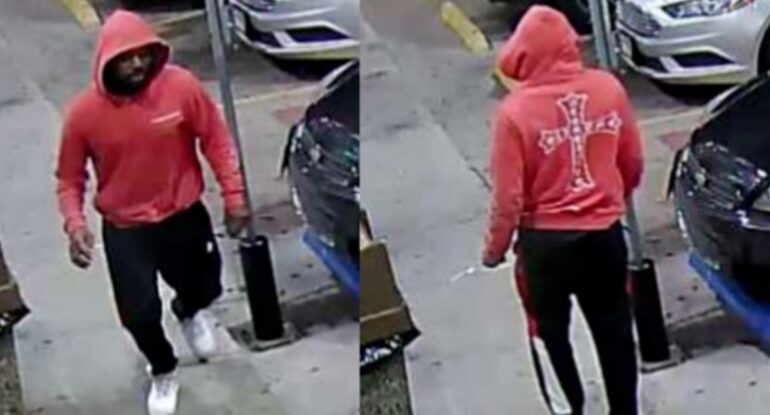 CHICAGO, IL—Police released surveillance footage and photos of a man wanted in a shooting that left a woman dead and others wounded in Chinatown last week.

The attack happened just after 10:52 p.m. Friday, July 1, near a karaoke bar in the 2200 block of South Wentworth Avenue. Responding officers to the scene found a 24-year-old woman who had been shot in the torso, reports CBS News Chicago.

She later succumbed to her injuries.

Authorities released surveillance images of an African-American male suspect in an orange hooded sweatshirt with a cross on the back. The man is seen entering and running out of a store and running through a strip mall parking lot.

Another man was also shot and wounded in Chinatown the following Sunday morning. Police said the 18-year-old man was standing near 23rd Street and Archer Avenue when he heard several people arguing, followed by multiple gunshots, according to CBS News.

The victim suffered a graze wound and was transported to Stroger Hospital in good condition.

According to WTTW, 68 people were shot and eight killed in Chicago over the 4th of July weekend. People in Chinatown expressed “concern” about their safety as they’re witnessing violence the likes of which have not been seen in a long time.

Kamala Harris Told a Rapist She Was ‘Proud of Him’

“This type of killing is getting out of hand,” said Kim Tee to CBS News.

Tee said the Coalition for a Better Chinese American Community (of which he is not a member) is working with Ald. Byron Sigcho-Lopez (25th) on a petition to declare a karaoke bar where the three people were shot a week ago Friday night as a public nuisance.